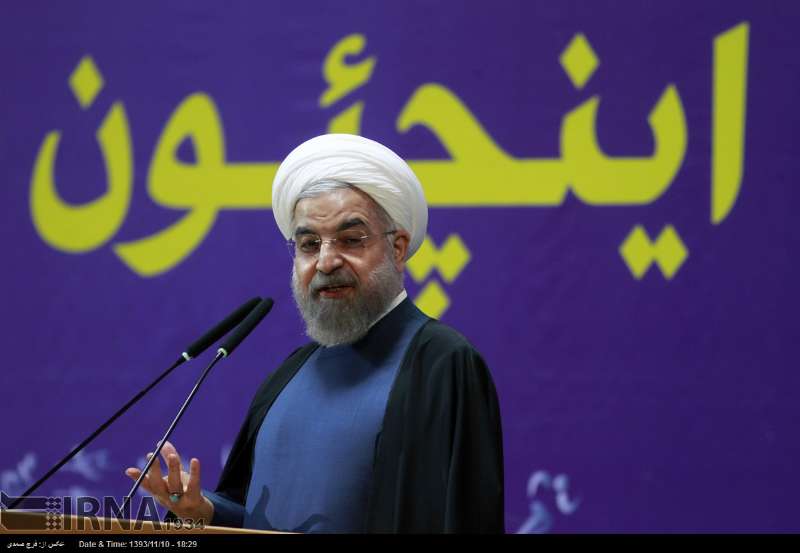 The president also stressed that sports should be ‘thoroughly honest and pure’ saying that his government is resolved to fight against corruption in sports.

President Rouhani was talking in a ceremony on Friday to commemorate Iranian sportsmen who won medals in Asian and Asian Para Games, 2014, Incheon, South Korea.

‘Not only in sports fields, but also in economics, politics, culture, and social issues, we are in competition,’ said the president.

Rouhani urged the sportsmen to protect Iranian identity in all sports fields; he also praised sportswomen for teaching world women how to shine in international sports while respecting their social and religious traditions.

The president asked the officials to end any discrimination between men and women in sports.

‘Of course, Iranian women may not be able to attend some sports events in the world, but the conditions should be prepared for them to play these sports inside country.’

‘Sports are for public health. Good health is the right of all Iranians. There is no difference between men and women in this regard.’

The president also urged the officials to set the grounds so that sports are gradually privatized.

‘Public sector should abandon sports. Sports should be given to private sector,’ said the president.