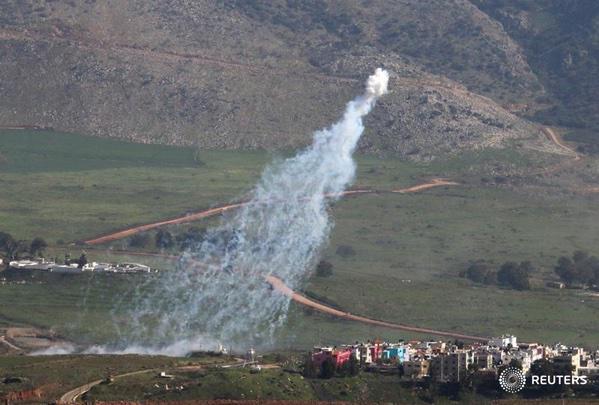 Given the losses in its last conflict with the group, Israeli PM will be wary of a new pre-poll adventurism

Israel’s decision to announce publicly that it does not want an escalation with Lebanon was perhaps a rare wise move. Israel attacked a Hezbollah convoy last week, killing Hezbollah fighters and an Iranian general, and it got the expected response. End of the story.

Neither side can afford an escalation. For Prime Minister Benjamin Netanyahu, the stakes are high. The Right-wing leader faces an election in the coming weeks and a devastating war with a non-state enemy may cost him the throne he desperately clings on to. Had a war in Lebanon been an easy one in which Tel Aviv could enter, inflict significant damage and leave without being hurt, it would have perhaps boosted Netanyahu’s chances of a re-election. But given Israel’s heavy losses in its last war with Hezbollah, in 2006, Netanyahu would be wary of engaging in more adventurism. The Israeli public is unlikely to stomach the sight of body bags coming from its northern frontier, the kidnapping of its soldiers, or worse, a Hezbollah invasion deep into Israeli-claimed territory as its leader Hassan Nasrallah has boasted.

Despite this, however, steps taken by Israeli leaders in the past have proven time and again that they rarely act rationally, or even pragmatically. It will not be much of a surprise if Netanyahu commits political suicide by engaging in a new war.

On Hezbollah’s part, an escalation could further strain relations with its traditional Lebanese adversaries in the Future Movement with whom the group has entered delicate, long-delayed negotiations, and deepen the country’s polarisation as Lebanon battles fanatics who want to erase Lebanon’s borders. It is also in the interest of the militia’s patrons in Tehran to rein it in, so as not to antagonise the US, with which Iran is engaged in sensitive nuclear negotiations. Iran knows well that Israel is capable of mobilising its army of vassals in the US Congress to derail President Barack Obama’s efforts to bring about an agreement. Tehran needs to temper Hezbollah’s actions for Obama’s sake. His legacy is at stake.