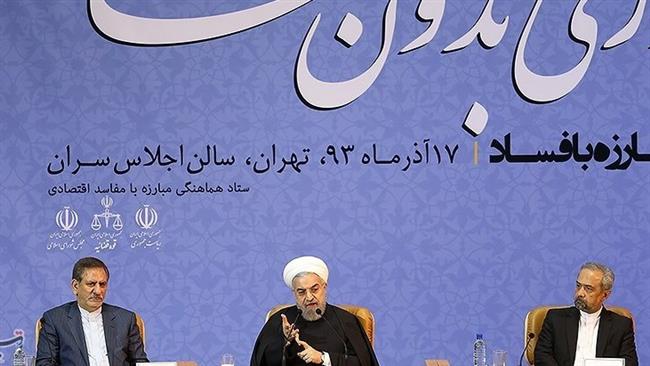 Iran plans to set up a special tribunal to try cases of money laundering and embezzlement.

Tehran Chief Prosecutor Abbas Jafari-Dolatabadi says the judiciary has given the go-ahead to the establishment of the monetary and banking tribunal.

“Judiciary Chief Ayatollah Sadeq Larijani has agreed with the Prosecutor’s Office proposal and the monetary and banking tribunal is about to be officially inaugurated,” he said.

Iran has zeroed in on financial misappropriation in the wake of several high-profile fraud cases, which has seen a young tycoon hauled off to Tehran’s Evin prison.

The cases have riveted ordinary Iranians and opened a window to the lavish and mostly secretive world of the nouveau riche.

Iran’s Oil Ministry says billionaire Babak Zanjani still owes more than two billion euros for the oil exports he made on behalf of the former government.

Several MPs have said the bulk of Zanjani’s fortune is deposited overseas and the government faces a gargantuan task to redeem it.

Last week, Vice President Eshaq Jahangiri said Iran must take serious action to retrieve as much as $22 billion transferred to the UAE and Turkey under the former administration.

Leader of the Islamic Revolution Ayatollah Seyyed Ali Khamenei has urged officials to take up arms against misappropriation of state funds. President Hassan Rouhani has ordered his government to fight “financial corruption”, particularly among “privileged figures” who had taken advantage of economic sanctions to enrich themselves.