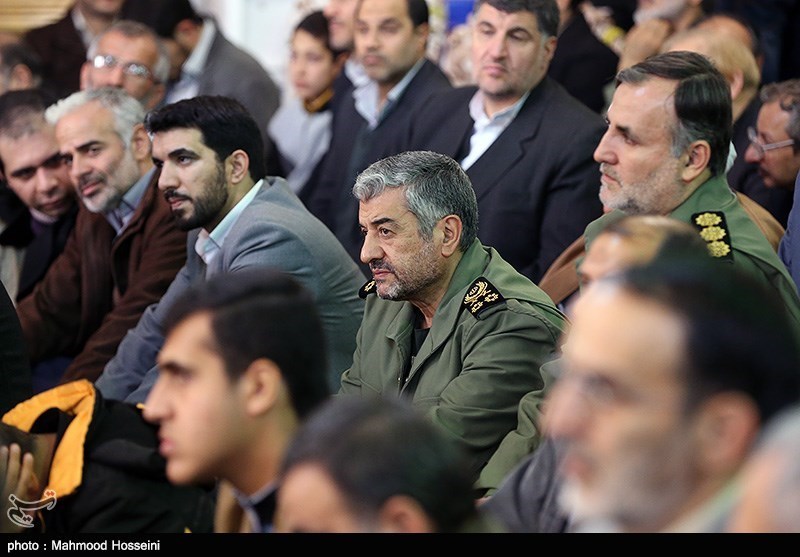 TEHRAN (Tasnim) – Commander of the Islamic Revolution Guards Corps (IRGC) Mohammad Ali Jafari underlined that the Zionist regime of Israel is well aware that its end is near.

“The occupying regime (of Israel) is making desperate attempts and knows itself  that it is doomed,” the high-ranking commander said on the sideline of a ceremony held Tuesday to commemorate those martyred in a recent Israeli strike in Syria’s Quneitra region.

“With the help of God, what (the late founder of the Islamic Republic) Imam Khomeini had promised, (namely) the liberation of Quds (Jerusalem), is close,” he added.

Six Hezbollah fighters, including Jihad Mughniyeh, the son of Hezbollah’s martyred top military commander, Imad Mughniyeh, as well as Brigadier General Mohammad Ali Allahdadi, a senior commander of the IRGC were killed in the strike.

Allahdadi had traveled to Syria to provide consultation and help the Syrian government and nation counter the Takfiri and Salafi terrorists in the country.

Following the attack, Major General Jafari stressed that the offensive marked the beginning of “imminent collapse” of the Zionist regime of Israel.

“The Zionists should await our devastating thunderbolts. They have already witnessed our wrath,” the IRGC commander noted.

The commander also made a reference to the supports the IRGC has provided for Lebanon and Palestine during Israeli wars in the past, pledging that his forces will keep supporting the Muslim fighters in the region until the ultimate collapse of Israel.