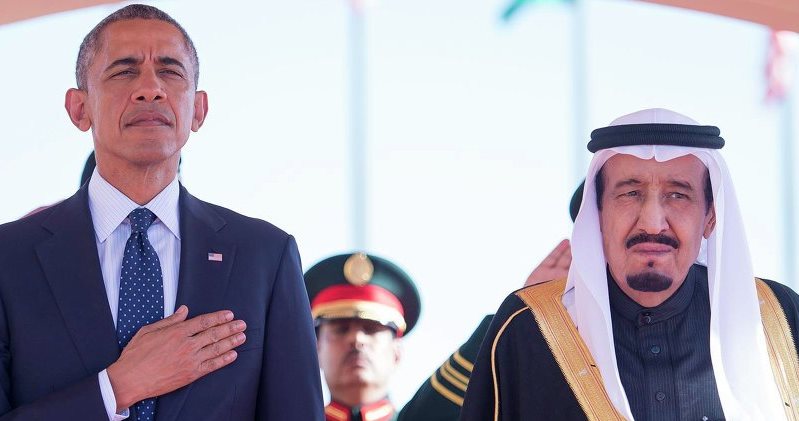 On Tuesday, Obama arrived to Saudi Arabia to pay respects to the legacy of the late King Abdullah and to touch base on working issues with King Salman, which include the anti-IS fight, the situation in the Middle East, including Yemen, Iran nuclear negotiations.

WASHINGTON, January 27 (Sputnik) — US-Saudi cooperation to combat the terrorist group the Islamic State is among main discussion points at the first US President Barack Obama’s meeting with newly enthroned Saudi King Salman, US Deputy National Security Advisor for Strategic Communications Ben Rhodes said on Tuesday.“Given the importance of some of the things we are doing with Saudi Arabia, including the counter-ISIL campaign, it will be important for the President [Obama] to establish that relationship with King Salman,” Rhodes said commenting on the agenda of Obama’s visit to Saudi Arabia.

On Tuesday, Obama arrived to Saudi Arabia to pay respects to the legacy of the late King Abdullah and to touch base on working issues with King Salman, which include “the efforts against ISIL, the situation in the region, including Yemen, Iran nuclear negotiations and the broader US-Saudi relationship,” the White House said.

“We have, among the Saudi leadership, led by King Salman, partners who we have worked with closely and who will want to stay invested in the efforts like the counter-ISIL campaign, like the pursuit of regional stability, that have been the hallmark of our cooperation,” Rhodes continued.

As to discussing the situation in the oil market with King Salman, the deputy national security advisor said, “Energy and oil is certainly a part of our relationship and our ongoing dialogue with Saudi Arabia. I would not expect it to be – certainly not high on the agenda today.”“And it is more likely those are the types of issues that we will continue to manage at a working level,” Rhodes added.

A US-led international coalition has been carrying out airstrikes against the Islamic State for months. Several allied states have also vowed to train Iraqi and Kurdish ground forces, as well as moderate Syrian opposition groups.