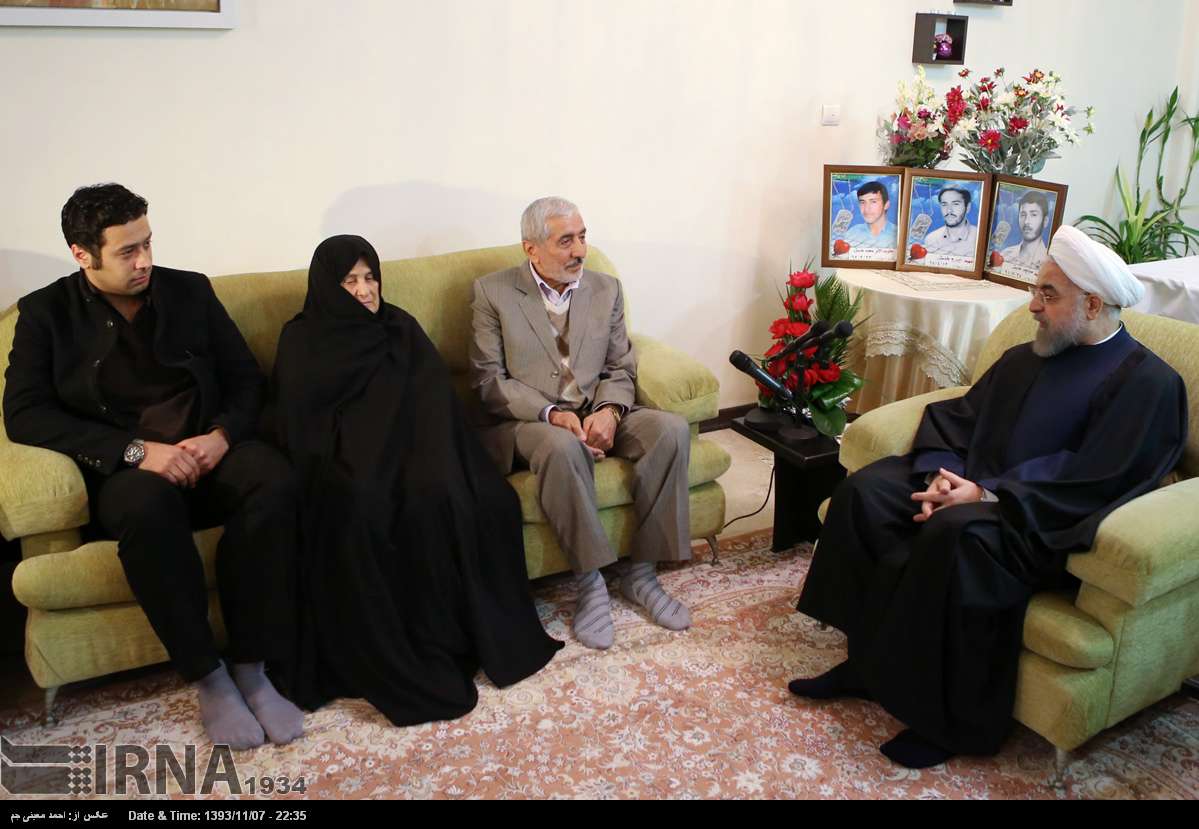 Tehran, Jan 27, IRNA – President Hassan Rouhani on Tuesday said daring of wartime martyrs and disabled as well as those of their families indicate greatness of the Iranian nation.

President Rouhani made the remarks in a meeting with a family who had lost their three sons during the eight-year war imposed on Iran (1980-1988) during the dictatorship of Iraq’s toppled ruler Saddam Hossein.

President met the parents of the three martyrs by attending their house.

Referring to the braveries of the Iranian families during the imposed war, President Rouhani said, “Even in the present time, the Iranian people, particularly the youth, will resist against any problem or threats just like the early days of the victory of the Islamic Revolution.”

The President said the courage and resistance shown by the Iranian people were the reason why enemies of Iran has yield to Iranians.