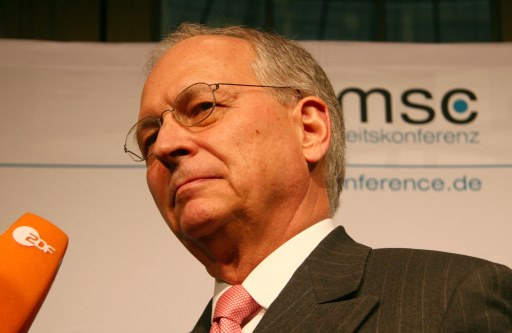 European Union policy chief Federica Mogherini may also join the Iran panel talks in Munich on February 8, the chairman of the Munich security meeting, Wolfgang Ischinger told the press in the German capital on Monday.

Asked whether Munich could also be the venue for formal Iran nuclear talks on the sidelines of the upcoming Munich Security Conference (February 6-8), Ischinger said that depended on the decision of the German government or the European Union.

He did stress though there had been such contemplations for such negotiations on the sidelines of the confab.

Meanwhile, Ischinger said Iranian President Hassan Rouhani had also been invited to the Munich Security Conference, however he added it was still unclear whether Rouhani would accept the invitation.

This would be the first time ever that an Iranian president would address such a conference in which Iran usually takes part at the foreign ministerial-level.

Hundreds of leading decision-makers and prominent senior analysts from dozens of countries are scheduled to participate at the three-day confab to dwell on various top political and security issues, notably terrorism, the Ukrainian conflict and the Mideast crisis hotspots.

Some 20 heads of states and governments as well 60 foreign and defense ministers are expected to take part in the security meeting in the southern German city, widely viewed as the top annual gathering of political movers and shakers on global strategic issues.