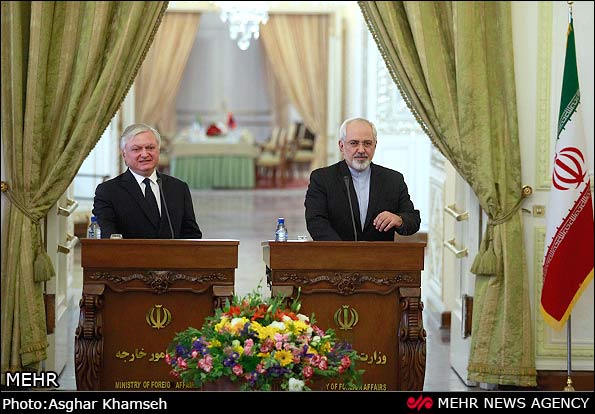 Zarif: Extremism is enemy of all nations

He made the remarks in a joint press conference with his Armenian counterpart Edward Nalbandian here on Tuesday.

He said the nature of relations between Iran and Armenia is a proof that Islam and Christianity could have a peaceful coexistence.

Highlighting the existing friendly ties between the two countries, he pointed to the long history of friendly relations between Iran and Armenia.

He said the 12th Joint Commission to boost cooperation which met in Tehran was of very good results, hopefully leading to growing ties between the two countries.

Zarif further stressed Iran’s interest in peace, stability and friendship among neighboring countries and hoped the Karabakh dispute between Armenia and Republic of Azerbaijan will settle soon.

However, he stressed, sanctions were not proper ways to settle differences.

The Iranian foreign minister went on to say that a solution is not far from reach and advised the parties involved in nuclear talks with Iran to stop pressing Iran.