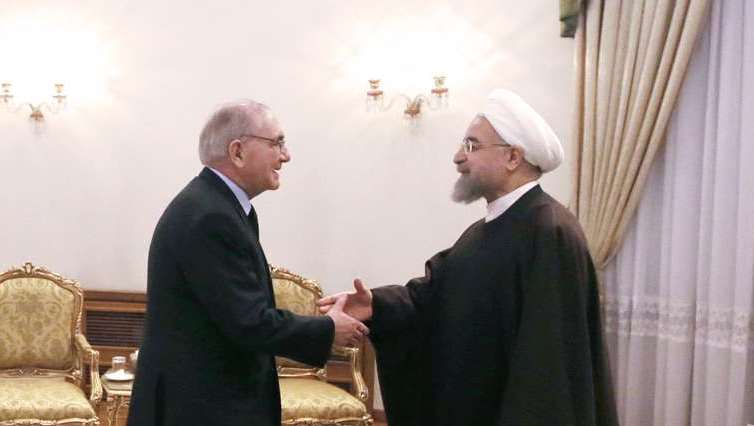 Tehran, Jan 26, IRNA – President Hassan Rouhani said Iran and Portugal could link the Middle East and Europe to each other.

In a meeting with Portugal’s Foreign Minister Rui Machete,he pointed to the long-standing ties between the two countries and noticed that ranking officials from both countries have been exchanging visits during the past year.

He believed the visit of the Portuguese foreign minister is a departing point for the two countries to start more active cooperation in the international arena.
The Iranian president stressed that the world should focus on settling such major problems like violence and terrorism which is inflicting not only the Middle East region but the whole world including Europe.

Referring to Iran’s nuclear talks with the 5+1, the President voiced the solid determination of the Iranian nation to safeguard its nuclear technologies which it developed for peaceful purposes.

He said the remaining differences between parties involved in nuclear talks are neither legal nor technical but political which requires firm political will by them all.

President Rouhani went on to highlight that all Iran’s nuclear activities have been under the constant supervision of the International Atomic Energy Agency within the framework of international regulations.

He stressed the peaceful nature of Iran’s nuclear activities and underscored that any pressures on Iran are quite baseless.

He said pressures and sanctions would harm all parties engaged in talks.

He said Iran is determined to speedily settle the nuclear talks for the development of the country.

The Portuguese foreign minister voiced interest in expanding relations with Iran and said the time is ripe for both countries to revolutionize ties.

He believed Tehran and Lisbon could cooperate not only in issues of mutual interest but act as a bridge between Europe and the Middle East.

As for Iran’s nuclear negotiations, he said his country was well aware of the positive consequences of any agreement between the negotiating parties.