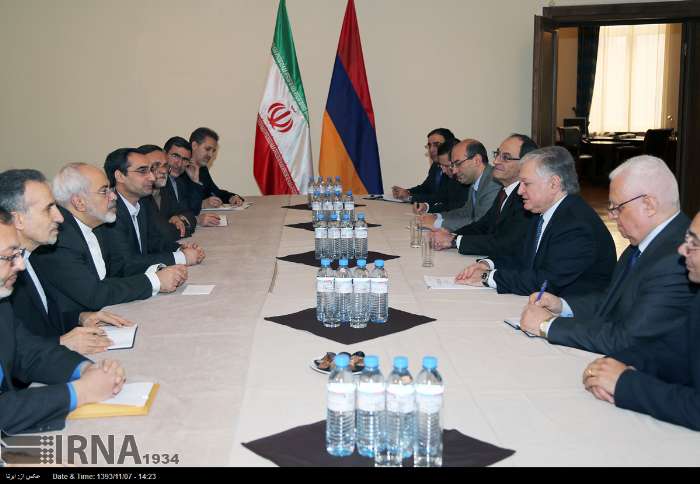 Iran’s Foreign Minister Mohammad Javad Zarif says Iran and the P5+1 group are close to reaching a final deal over the Islamic Republic’s nuclear energy program, adding that details are now being worked out in the talks.

“We are done with the generalities and have begun [discussing] details. Iran’s [uranium] enrichment program and the continuation of the nuclear program have been approved,” Zarif said on Tuesday.

The Iranian foreign minister, who is on a trip to Armenia, made the remarks in a joint press conference with his Armenian counterpart Edward Nalbandian.

Stating that it has been agreed that all sanctions against the Islamic Republic be removed, Zarif said, “We have no disagreements on the core issues, but what is troubling is the details.”

“Although there exist serious differences of opinion on the details, they can be settled with the other side’s political will,” he said.

Zarif further emphasized the peaceful nature of Iran’s nuclear activities, saying that the Islamic Republic has no problem in providing the necessary assurances in this regard.

Stressing that sanctions were not a proper way to settle differences, Zarif said a solution is not far from reach to resolve the Iranian nuclear issue, advising the parties involved in the nuclear talks to stop exerting pressure on Iran.

Iran and the P5+1 countries – the US, France, Britain, China, Russia and Germany – are in talks to secure a final comprehensive deal over the Islamic Republic’s nuclear work.

Since an interim deal was agreed in Geneva in November 2013, the negotiating sides have missed two self-imposed deadlines to ink a final agreement.

Iran and the six countries now seek to reach a high-level political agreement by March 1 and to confirm the full technical details of the accord by July 1.