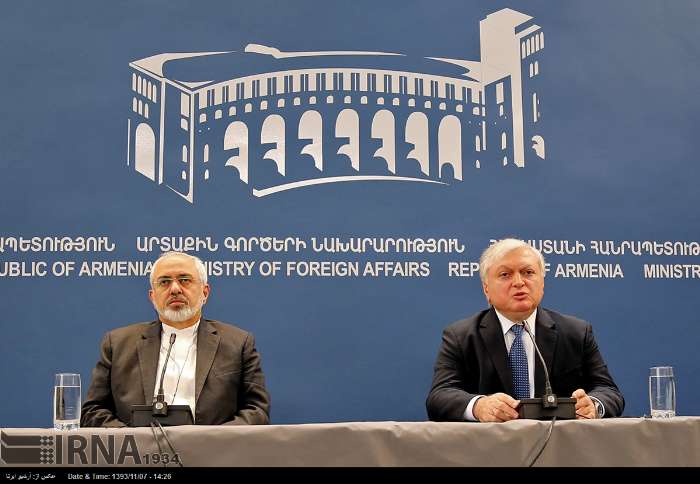 “Iran has always called for peace, stability and friendship between neighboring countries, and I hope that the Karabakh conflict would be settled through friendship and consultation,” Mohammad Javad Zarif said on Tuesday.

He made the comments at a joint press conference with Armenian Foreign Minister Edward Nalbandian in Yerevan.

The top Iranian diplomat also hailed the outcomes of his visit to Armenia, praising Tehran-Yerevan relations as “traditional and age-old.”

Zarif further noted that Armenia’s membership to the Eurasian Economic Union (EEU) provides good opportunity for enhancement of cooperation between Iran and Armenia.

On January 2, Armenia officially joined EEU, a Moscow-led union including Russia, Kazakhstan and Belarus, seemingly formed to counterbalance the European Union. Kyrgyzstan is also set to join the EEU in May.

For his part, the Armenian minister said at the press conference that Yerevan places high value on strengthening of ties with Tehran.

Nalbandian also noted that his country respects Iran’s stance toward peaceful settlement of the Karabakh conflict.

Armenia and the Republic of Azerbaijan, two former Soviet republics, have been locked in a long-simmering conflict over Nagorno-Karabakh.