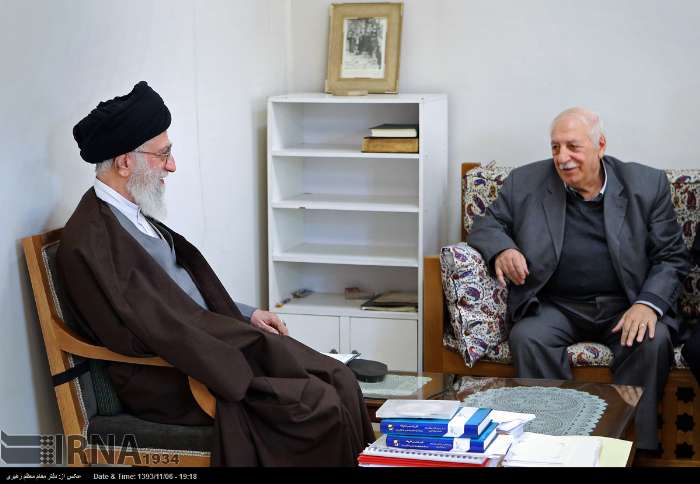 The Supreme Leader and Iran’s regime have launched another PR offensive over Palestine, hosting the leader of the Popular Front for the Liberation of Palestine.

Ayatollah Khamenei declared in his photo opportunity with Ahmad Jibril, “The Islamic Republic of Iran will stand firm until the day when the cause of Palestine is realized, and our youths will certainly see that day.”

The Supreme Leader commended the PFLP head as “one of the pillars of the issue of Palestine” and expressed hope that Jibril would “continue resistance with this spirit until the final victory”.

Iran has stepped up its rhetorical declarations on Palestinian “resistance” since last summer’s Israel-Gaza War, declaring that Palestinians in the West Bank and Gaza should be armed against the Israelis.

Tehran has also hosted leaders of the PFLP and Islamic Jihad. It has been hoping for a visit from Hamas head Khaled Meshaal: the Gazan leadership has sent other officials to Iran this month, but — having distanced itself from the Islamic Republic over the Syrian crisis — has held back from a Meshaal reconciliation in Tehran.