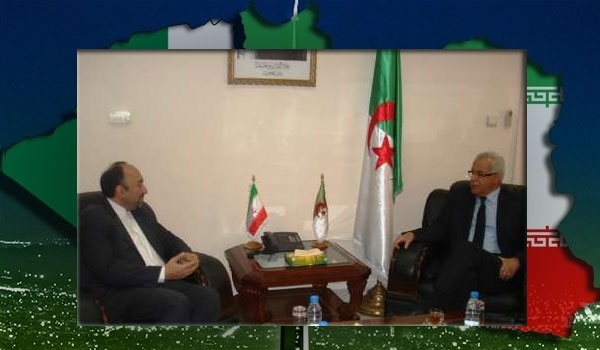 TEHRAN (FNA)- Iran’s Ambassador to Algiers Reza Ameri and Algerian Minister of Communication Hamid Grine reiterated the need for expediting expansion of ties between the two Muslim nations, specially in the media sector.

During the meeting, Grine, emphasized Iran’s strategic role in guiding the world’s public opinion through developing media cooperation with Islamic states, and said Tehran and Algiers are facing biased media of the World Arrogance and need to make more efforts to introduce and prove righteousness of their positions.

He also called for using Iranian media and press technology and expertise, and stressed his country’s willingness to boost media cooperation between Tehran and Algiers.

Ameri, for his part, said enemies are trying to reverse realities in the two countries and release biased reports on their developments.

He also reiterated that Iran is ready for serious cooperation with Algeria on media fields.

In November, Ameri and Algerian Foreign Minister Ramtane Lamamra stressed the need for both Tehran and Algiers to do their best to promote bilateral ties in all sectors.

Speaking in a meeting, the top Algerian diplomat called for consolidation of mutual cooperation in all fields.

He underlined the necessity of exchanging high-ranking delegations between the two countries for widening and deepening of relations.