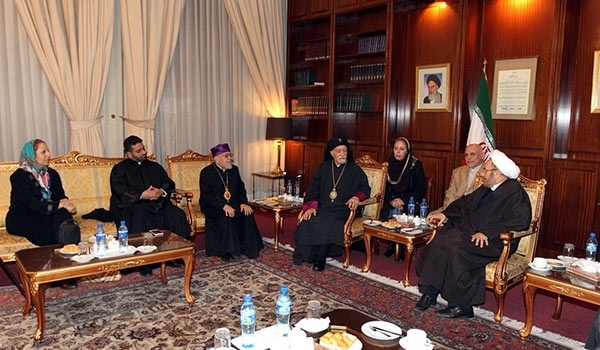 Speaking in a meeting with the Catholic Patriarch Nerses Bedros Tarmouni XIX in Tehran on Sunday, Younesi said that Armenians are a part of Iran’s history, and added that all Iranian tribes and religious minorities have had a peaceful coexistence with each other throughout the history.

He appreciated Pope Francis for taking a clear and explicit stand over publishing an insulting cartoon against Prophet Mohammad (PBUH) in the French weekly magazine Charlie Hebdo.

“Publishing the offensive image was not an insult only to Islam but to all divine messengers,” said the president’s special assistance.