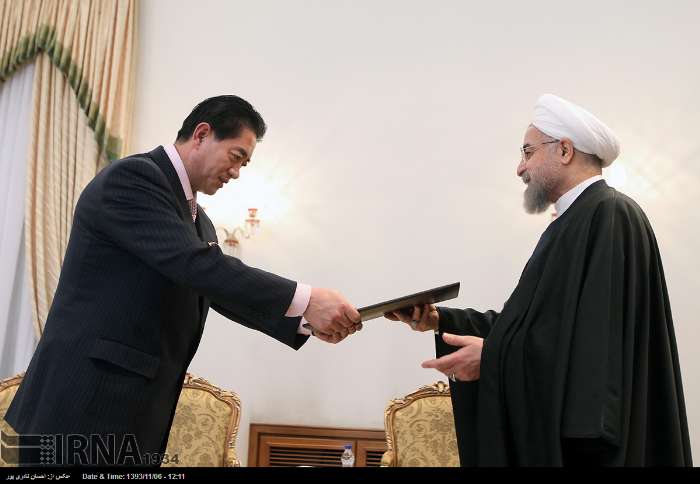 TEHRAN (Tasnim) – Iranian President Hassan Rouhani voiced the country’s policy to support peace and security in the Korean peninsula, saying that North and South Korea should set aside differences and move toward unity.

In a meeting with North Korea’s new Ambassador to Tehran Kang Sam Hyon on Monday, President Rouhani emphasized that the two Koreas should make efforts to achieve unity, because problems among countries are not resolved by war or conflicts and tensions.

However, he added, the problems should be resolved through dialogue and mutual understanding.

The Iranian president also pointed to bilateral relations between Tehran and Pyongyang, saying that the two countries have enjoyed “good relations” since the victory of the Islamic Revolution in 1979.

He also described Tehran-Pyongyang ties as close and said during his tenure he will make every effort to help promote cooperation between the two countries in diverse asreas.

During the meeting, the new North Korean ambassador submitted his credentials to the Iranian president.