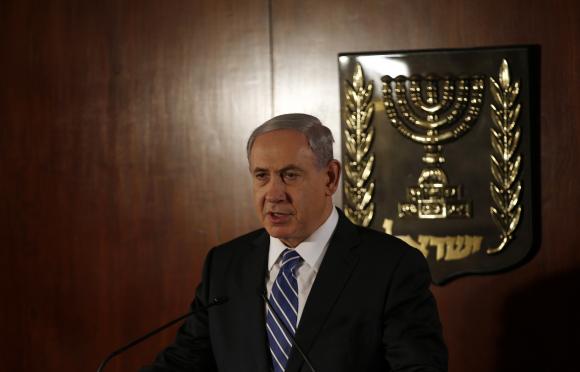 Political sabotage over a deal with Iran

LONDON — America and Iran took a step toward a final nuclear deal on Jan. 18, but they should be making leaps. The negotiators have proposed some creative solutions but major political compromises are sorely needed, and soon.

If a framework agreement can’t be reached in March, the talks could become mired in stalemate. Those who oppose any diplomacy between Iran and the West are already seeking to end the process altogether. With time, they will gain further ammunition.

Spoilers have been striking from Tehran, Washington and Tel Aviv. Some are trying to limit the ability of President Barack Obama (or whoever succeeds him) to deliver a reasonable sanctions-relief package to Iran. Others are seeking to corner Iran and force its government into knee-jerk reactions to regional flare-ups. Hard-liners in the United States and Iran see the nuclear negotiations as an opportunity to score points domestically and they are escalating their efforts to scuttle a grand bargain.

Although the Obama administration has dedicated itself to multilateral diplomacy with Iran, it has been under constant pressure from Congress. Powerful American legislators, influential lobby groups and the Israeli prime minister have repeatedly called for increased economic pressure on Iran to extract further concessions. Not only does this contradict America’s interest in maintaining the freeze on Iran’s nuclear program, but it also devalues the agreement brokered between Iran and France, Britain, Russia, China, America and Germany.

Threats by American lawmakers to impose further sanctions on Iran have already poisoned the spirit of the talks and created doubt among Iranians about whether the United States is able and willing to deliver on its promises. This has provoked hard-liners in Tehran to respond with their own threats that Iran would increase its enrichment capacity should new sanctions pass.

During his State of the Union address, President Obama made clear that he would veto any proposals for additional sanctions on Iran. And although officials in Tehran recognize this as a good faith gesture on the part of Mr. Obama, they also remember that a Congressional bill introduced in late 2013 nearly garnered enough support to withstand a similar veto threat. Iranian officials worry that the Obama administration is constitutionally unable to make a durable and ironclad promise of sanctions relief as part of a final deal. With a Republican majority in both chambers of Congress, and House Speaker John Boehner’s invitation to Prime Minister Benjamin Netanyahu to address Congress for a third time, Iran fears that Mr. Obama’s veto won’t be enough.

At the same time, Iran is at risk of losing the West’s trust. There is a danger that Iran will damage its newfound reputation as a good faith interlocutor by retaliating for the presumed Israeli attack that killed Hezbollah operatives and an Iranian general in Syria last Sunday.

Iran believes the strike was a premeditated Israeli operation targeting a high-level Iranian official. Influential hardliners in Tehran’s security establishment view it as an act of aggression by Israel and demand a direct response.

But any such retaliation, either overtly by Iran or covertly through Hezbollah, would likely prompt Israel’s European and American allies to halt the nuclear negotiations altogether — especially if the retaliation involves attacks against civilians.

The Iranian government must decide how openly it wishes to involve itself in the inevitable Hezbollah retaliation while ensuring its tactics do not threaten Iran’s long-term strategic objective of securing a nuclear deal. Iran prudently avoided any entanglement in the Gaza conflict over the summer — and it should continue to keep its distance.

If Tehran responds excessively, or if operations are carried out unofficially by Iranian hard-liners, this would escalate the Israeli-Iranian standoff and could derail the nuclear talks completely.

March will be an important month for all parties. The results of the Israeli elections could deflate Tel Aviv’s fierce opposition to current negotiations with Iran. For Mr. Netanyahu, blocking any nuclear deal is a personal investment. Some of his political rivals do not necessarily share his fervor on the issue. They view a nuclear deal as less of a threat and place more value on maintaining Israel’s strong alliances with European nations and the United States, all of whom seek a nuclear deal with Iran. If Mr. Netanyahu is defeated by a less hawkish opponent, the Obama administration will have an easier time reassuring Israel about any deal with Iran and there would also be less Israeli pressure on Congress.

March is also symbolic for Mr. Rouhani, who is eager to mark the Iranian New Year with a psychological shift on sanctions and engagement with the West. This would be a timely electoral boost for moderates seeking to strengthen their position in the upcoming parliamentary elections.

After the negotiations were extended for a second time in November, Mr. Rouhani appealed to the Iranian people, other political factions and Iran’s Supreme Leader for hope and patience. They granted his request but they will not tolerate talks that continue to be extended indefinitely with no tangible sanctions relief in sight.

The extension of negotiations has prevented a return to hostile rhetoric between Iran and the West. But tepid progress without any major concessions is a blessing for spoilers, who will use the additional time to sabotage diplomacy.

Iran must not allow its short-term ideological pursuits in the region to jeopardize its overarching strategic objective: achieving a comprehensive nuclear deal that brings sanctions relief and provides Iran the option of having a functional relationship with the West.

Likewise, the United States must not allow a myopic and obstructionist Congress to derail a deal that is in Washington’s long-term interest and strengthens global security.

This article was written by Ellie Geranmayeh for the opinion page of The New York Times on January 26, 2015. Ellie Geranmayeh is a policy fellow at the European Council on Foreign Relations.