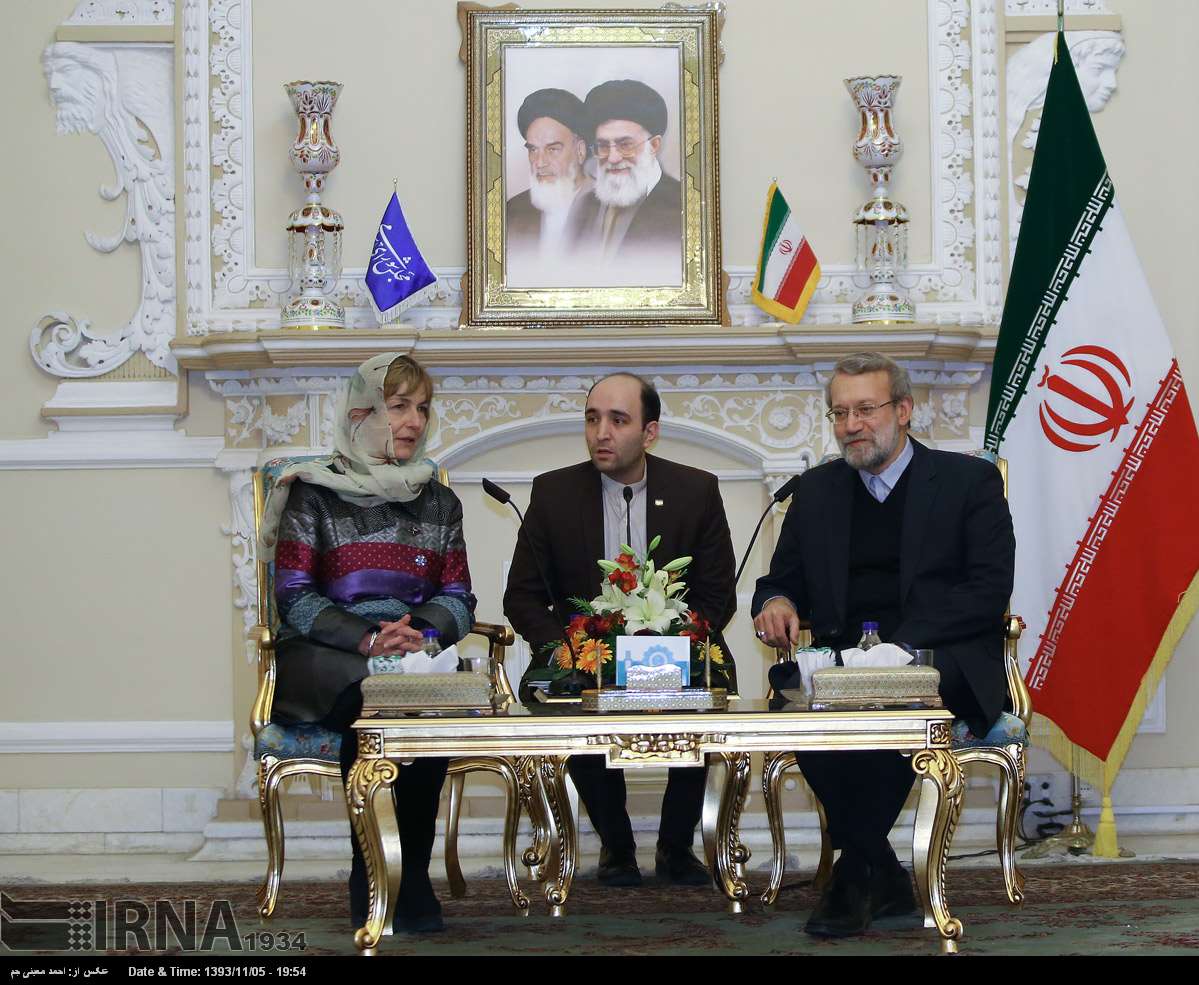 TEHRAN (ISNA)- Iranian Parliament Speaker Ali Larijani reiterated that an agreement between Iran and the G5+1 would not be unlikely if the other side does not make unreal excuses.

“The Islamic Republic of Iran will continue talks under its rational principles and criteria as it used to do before. An agreement will not be unlikely if there is no unreal excuses,” he said in a meeting with Croation First Vice Prime Minister and Foreign Minister Vesna Pusic here in Tehran.

Larijani also referred to bilateral ties between Iran and Croatia, and said the two countries hold massive potentials for the further development of bilateral ties on political, economic and industrial domains, and the potentials need to be used.

Pusic, for his part, said, “Croatia is making efforts to expand its bilateral ties and cooperation with Iran on political, parliamentary, economic, trade and industrial fields.”

He also expressed the hope that Iranian nuclear issue would be settled fairly. “Croatia as a new EU member is ready for cooperation to advance the talks (between Iran and G5+1).”

The Croation official stressed strengthening parliamentary ties between Iran and Croatia to facilitate trade ties as well as industrial and petrochemical investment between the two countries.

Iran and Croatia established diplomatic relations on April 18, 1992 when Iran became the 7th country to recognize the newly-independent Croatia. Croatia has an embassy in Tehran and Iran maintains an embassy and a cultural center in Zagreb.