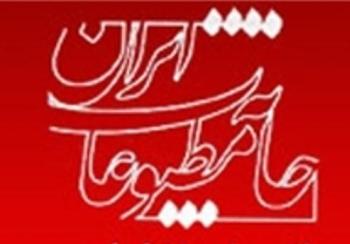 Tehran, Jan 25, IRNA – Iran’s Press House sent a letter of protest to the French Embassy in Tehran on Sunday condemning the insulting move of Charlie Hebdo against the holy Prophet of Islam (Peace Be Upon Him).

The letter was addressed to the French ambassador in Tehran Bruno Foucher.

The French weekly magazine published an offensive cartoon of prophet Mohammad (PBUH) one week after a terrorist attack against its offices in Paris left 12 people dead on January 7.
The move triggered huge protests in Muslim and non-Muslim countries worldwide.

Signatories of the letter of Iran’s Press House said that the move by the French magazine was against humanity and human logic and nature.

They said that Charlie Hebdo should apologize to Muslims for insulting their holy Prophet (PBUH).

“The move made by director of Charlie Hebdo has hurt all truth-seeking people on the planet and was protested even by leaders of non-Islamic faiths,” read the letter.

Noting that the act of the French magazine was “a clear example of escaping the law,” the letter urged Paris to show an appropriate reaction to the insulting move of Charlie Hebdo in order to heal the hurt feelings of the lovers of Prophet Mohammad (PBUH) as well as those of the men of wisdom and tolerance.

The letter called for a proper reaction by Paris which would “suit the glorious history of France.”

Condemning the insulting move, officials of the Iranian Press House said the act was against articles of the Universal Declaration of Human Rights on freedom of expression and opinion.