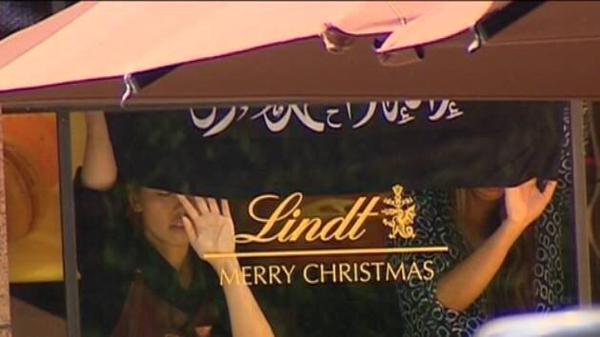 The strenuous denial came after Refugee Review Tribunal records, obtained by The Australian under Freedom of Information laws, suggested Monis boasted to an asylum-seeker friend he belonged to the group in the early 2000s, when it was a proscribed terrorist organisation in the US.

The rebuttal raises questions about whether Monis claimed membership of the group when seeking asylum, and whether the Immigration Department sought to verify that claim with the organisation’s representatives in Paris.

The NSW and federal cabinet offices are expected this week to finalise a report about Monis’s chequered 19 years in Australia before last month’s violent Sydney Lindt cafe siege in which he and hostages Tori Johnson and Katrina Dawson were killed.

A spokesman for the organisation — known by the acronyms PMOI, MEK and MKO — denounced any claim by Monis that he belonged to the group as an “outright lie”.

Monis would have been “either acting on behalf of the Iranian Ministry of Intelligence to depict one of its agents as a refugee or he was exploiting the PMOI’s recognition and respect in order to obtain asylum”, Shahin Gobadi told The Australian.

He said Western nations should recognise legitimate PMOI activists as refugees, but urged authorities to verify any claims with the group’s offices in Europe and the US.

Iran’s state-run Tasnim news agency claimed last month that Monis was recruited by the group after being expelled from university, but Mr Gobadi also denied this as a “lie”.

Recent revelations about Monis, including that he attempted to join the Rebels outlaw ­motorcycle gang, add to a growing picture of the 50-year-old self-styled sheik as an erratic and changeable character, rather than a hardened devotee of radical ­Islamic thought.

The PMOI was founded by Marxist-inspired university students in 1965 and was involved in bombings and assassinations in the 1970s and 80s.

Although the PMOI was never a proscribed organisation in Australia, Washington branded it a terrorist group in 1997 and the EU followed suit in 2002.

Those listings were sub­sequently repealed following a ­campaign of legal challenges and political pressure.

Its Iraq-based militia fought alongside Saddam Hussein during the Iran-Iraq War.

In 2003 — as Canberra and Tehran negotiated over the return of 277 Iranian asylum-seekers — the Australian Federal Police raided 10 properties in search of PMOI activists. No charges were laid.