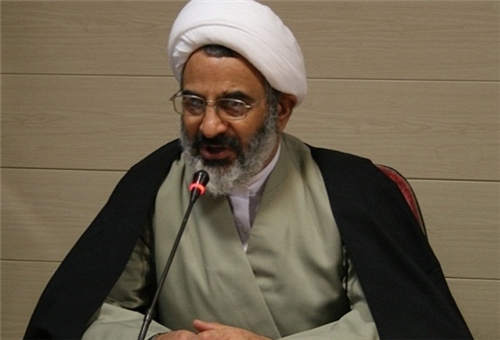 TEHRAN (FNA)- Supreme Leader’s Deputy Representative at the Islamic Revolution Guards Corps (IRGC) Abdullah Haji Sadeqi underlined the importance of Ayatollah Khamenei’s Wednesday message to the western youth, saying that the Leader has opened a path of salvation for the younger generation in Europe and America.

“The Supreme Leader felt the responsibility to save the European and American youth from the dangerous and destructive trap laid by the arrogant powers because they do not have any information about the realities of Islam and the Holy Quran,” Haji Sadeqi told FNA on Sunday.

The Supreme Leader has invited the European and American youth to find out about the realities of Islam before making a judgment about the religion on the basis of the western propaganda.

Sadeqi yet warned that the arrogant powers are still working on their Islamophobia scenarios, and efforts to defuse these plots should continue.

On Wednesday night, Iran’s Supreme Leader sent a highly important message to the European youth to stress the Islam that the West is trying to portray is a forged concept and not the reality, demanding the younger generation in the West to do research to get firsthand information before accepting their states’ propaganda.

“I don’t insist that you accept my reading or any other reading of Islam…,” the Supreme Leader of the Islamic Revolution said in a part of his message, and added, “Don’t allow this dynamic and effective reality in today’s world to be introduced to you through resentments and prejudices. Don’t allow them to hypocritically introduce their own recruited terrorists as representatives of Islam.”

“… in reaction to the flood of prejudgments and disinformation campaigns, try to gain a direct and firsthand knowledge of this religion. The right logic requires that you understand the nature and essence of what they are frightening you about and want you to keep away from,” he said, and stressed, “Receive knowledge of Islam from its primary and original sources. Gain information about Islam through the Qur’an and the life of its great Prophet. I would like to ask you whether you have directly read the Qur’an of the Muslims. Have you studied the teachings of the Prophet of Islam and his humane, ethical doctrines? Have you ever received the message of Islam from any sources other than the media?”