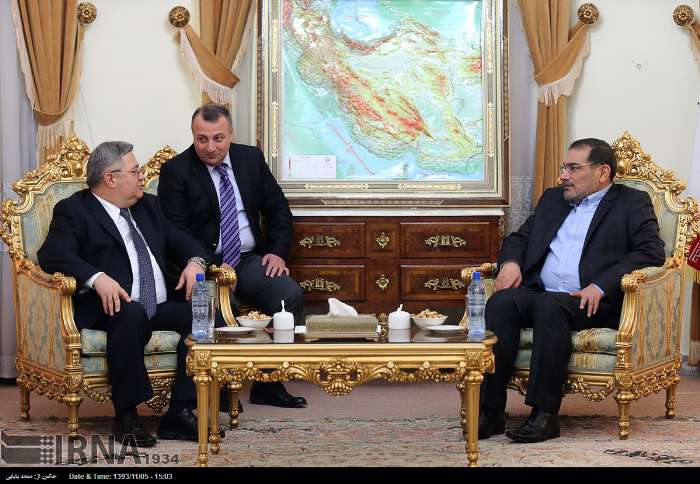 Lifting all sanctions a test to West’s honesty: Shamkhani

Tehran, Jan 25, IRNA – Secretary of Supreme Council of National Security Ali Shamkhani said nuclear negotiations with the Group 5+1 is a test of these countries’ commitments to the talks and lifting all the illegal and oppressive sanctions.

In a meeting with Georgia’s parliament Speaker David Usupashvili on Sunday, Shamkhani said Iran has approached the talks with good faith and reports of International Atomic Energy Organization (IAEA) confirm this.

However, we would react according to the behavior of the other side, he added.

‘The responsibility for any obstructionism in the talks and adoption of approaches which have already been proved futile is on the shoulder of the other side.’

On the problem of terrorism in the region, Shamkhani said the first step in confronting the threat is cutting their financial, arms and intelligence supports, adding that the actual function of the so-called anti-ISIL coalition shows that there is no real resolve in them.

Stressing the importance of development of bilateral relations in economic, political, and cultural fields, Shamkhani said confrontation with common threats such as terrorism and facilitating transit ways and energy are among the issues of mutual interest.

In the meeting, Usupashvili supported Iran’s nuclear program and expressed hope that the talks would reach a comprehensive agreement in which the rights of Iran are secured.

Pointing to various fields for bilateral cooperation, the Georgian official called for expansion of relations.