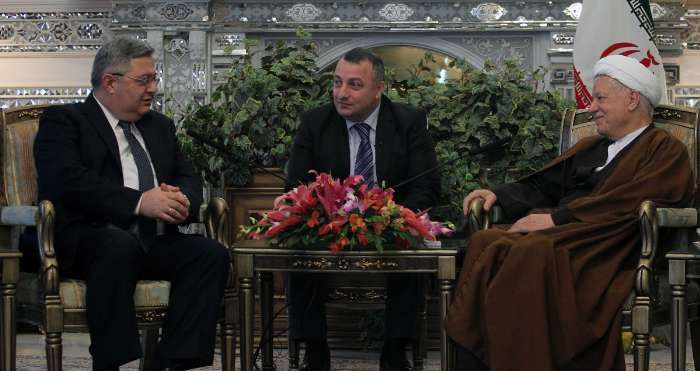 Tehran, Jan 25, IRNA – The Chairman of Expediency Council (EC) said that Iran-Georgia relations can serve as the best model of cooperation between an Islamic state and a Christian country.

Ayatollah Akbar Hashemi Rafsanjani in a meeting with Georgian Parliament Speaker David Usupashvili here referred to the agreements signed by the two countries during presidency of Eduard Shevardnadze ‘ as very important.’

Of course, considering existing capacities, there are still grounds for cooperation, but it needs political will, Rafsanjani added.

The EC chairman called civilization, culture and common history as an important asset for both countries, and said that Georgian’s traces in Iran’s civilization and cultural symbols, especially in historical sites of Isfahan are so evident.

He reminded situation in Georgia during independence days and Iran’s assistances to the Georgian people and officials in those days, when electricity and gas were cut off.