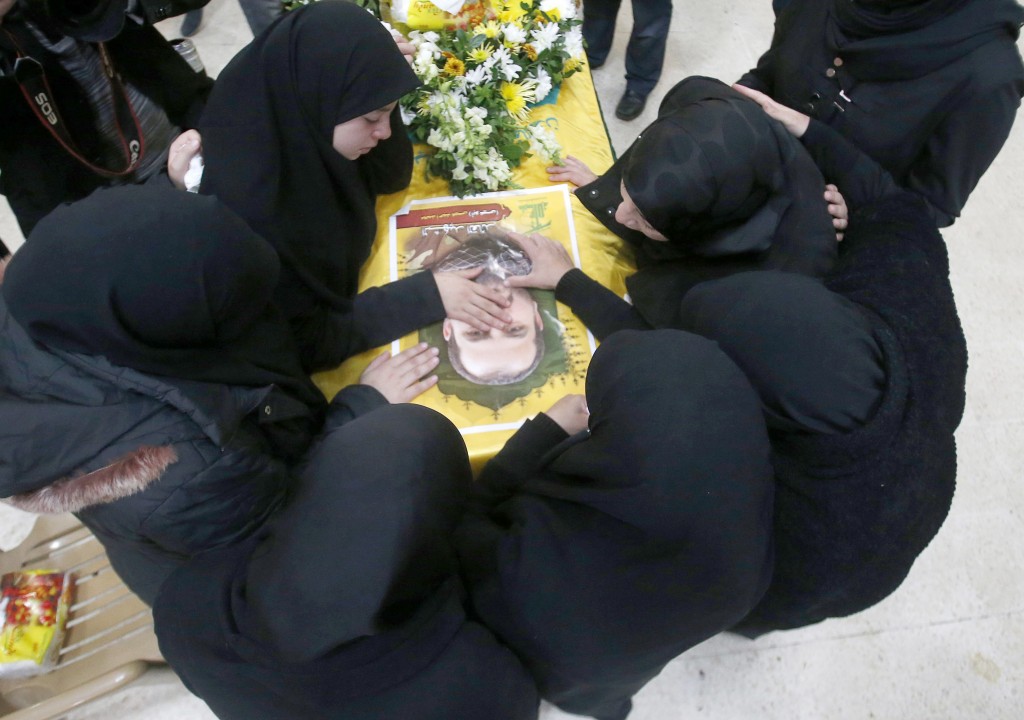 What was behind Israel’s strike in Syria that killed an Iranian general?

On Sunday, an Israeli drone strike in southern Syria left six Hezbollah and Iranian Revolutionary Guard Corps personnel dead — including an Iranian senior general and the son of the late external operations chief for Hezbollah. It also left a host of questions in its wake.

Was the strike a brilliantly executed Israeli disruption of an imminent attack planned by Hezbollah and Iran? Or a routine interdiction of a Hezbollah convoy that inadvertently killed several Iranians and a member of a prominent Hezbollah family?

Both versions, attributed to unnamed security sources within the Israeli defense establishment, were reported as details of the strike became known. While both are plausible, only one can be right. Though we cannot say which that is, we can point out the distinct purposes both narratives serve.

An Israeli narrative designed to downplay the drone strike and emphasize the inadvertent nature of the Iranian deaths would be an attempt to signal to Iran that the attack didn’t represent a deliberate escalation of the ongoing tensions between the two countries.

The high toll on the Iranian side has drawn the televised promise of retaliation against Israel from a senior Iranian commander, who pledged the release of “ruinous thunderbolts.”

Downplaying the attack would offer Tehran a way to avoid a spiral of escalation that neither country needs or wants. If Iran acceded to this logic, Israel would have scored a major — if accidental — hit. And it would be spared a response from Iran, for now.

The other narrative, that the strike deliberately targeted the Iranian contingent and Hezbollah, is governed by an alternative logic.

Hasan Nasrallah, the leader of Hezbollah, recently declared that Lebanon and Syria are now one unified and geographically contiguous front against Israel. Before the Syrian civil war, no statement along these lines would have been possible, since the Assad regime prevented agressive actions against Israel on its side of the border.  But times have changed.

Amid the anarchy of an ongoing civil war, Assad can no longer exercise the sort of control he once did. This could let Iran play a very dangerous game on Israel’s north-eastern flank.

If Hezbollah launched rockets against Israel from inside Syria, Israel might find itself unsure of who to retaliate against. This would be especially the case if Hezbollah managed to obscure the origin of the rockets and the crews that launched them. Thus, from an Iranian perspective, the Syrian front against Israel would be a tremendous gift.

From the vantage point of Jerusalem, Israel could ill afford to let this happen. The presence of such a senior Iranian officer in a highly strategic location would have been read by Israel as Iran staking out its territorial claim and preparing for a second front, thus requiring a strong response. This could explain Sunday’s strike.

That leaves one last question: why attack the Iranians now?

Perhaps, according to the former commander of Israel’s southern front, Yoav Galant, timing was dictated by the Israeli election cycle. As the number two man in the rising Kulanu party, it might be prudent simply to chalk up this claim to his need to challenge Prime Minister Netanyahu’s motivations.

And perhaps that is all it is. Although Galant has since retracted his accusation, the Israeli newspaper Ha’aretz has examined the record of especially audacious military initiatives in Israel’s history with an eye on the political calendar. What the reporter discovered was that the June 1981 strike against the Iraqi nuclear reactor at Osirak; the 1996 invasion of Lebanon; the 2009 invasion of Gaza; and the 2012 Gaza war were all launched when the incumbent prime minister faced a close election, or there was a political reputation at stake. There’s an organic link between domestic politics and foreign policy in virtually all countries, so this wouldn’t necessarily be a huge surprise.

With less than two months to election day, polls now show a slightly leftward tilt away from Prime Minister Benjamin Netanyahu. Whether Galant is right about his motives for the attacks can’t be known. But against the historical background, it’s not impossible that Galant’s claim sheds light on the timing of the strike. One way or the other, tensions between Israel and Iran are certain to rise.