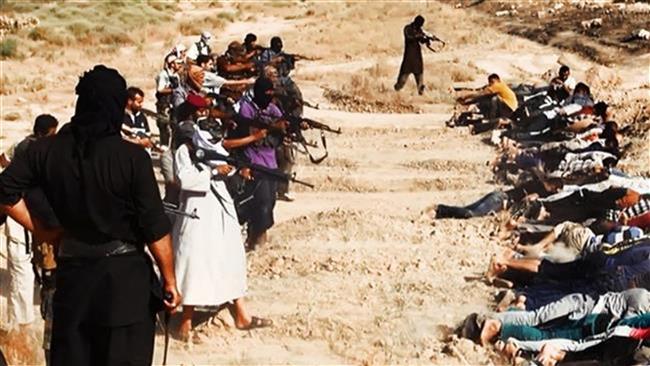 The file photo shows ISIL terrorists executing a group of people in Iraq.

According to the sources, the mass execution took place in the town of Sinjar on Friday.

The victims were army officers and civilians, the sources added.

The ISIL started its campaign of terror in Iraq in early June 2014. The heavily-armed militants took control of Mosul before sweeping through parts of the country’s Sunni Arab heartland.

Thousands of Izadi women and girls have been compelled to marry or have been sold into sexual slavery by the extremists since August last year, Amnesty International says.

Over 3,000 Izadi women and children are still estimated to be held captive by the ISIL terrorists.

The Iraqi army, backed by pro-government tribes, Shia volunteers and Kurdish Peshmerga forces, has so far managed to make significant gains in the fight against the terrorists.