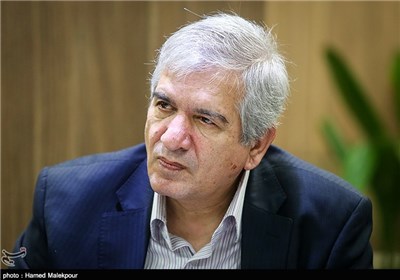 Iran no more uses US dollar in monetary transactions with foreign countries, an official at the Central Bank of Iran (CBI) announced.

The Central Bank of Iran (CBI) announced on Saturday that the country’s annual official inflation rate has now reached 16.3 percent.

Iraqi Prime Minister Haider al-Abadi reiterated that there is not even one Iranian soldier inside Iraqi soil.

Speaker of the Iranian Parliament (Majlis) Ali Larijani on Saturday said Tehran has shown necessary flexibility in nuclear negotiatios and it won’t be its fault, if the talks be damaged due to the present problems between the US president and the Congress.

Iran to export 100 tons of trout to Russia

Iranian Deputy Minister of Agriculture announced Iran will export 100 tons of trout to Russia in the near future.

Deputy-level talks between Iran and the US entered the second day in the Swiss city of Zurich as part of efforts to secure a final deal on Tehran’s peaceful nuclear program.

Zarif: Iran is not involved in the death of Argentine prosecutor

Iranian Foreign Minister Mohammad Javad Zarif said at the economic forum in Davos that Iran has no connection with the death of Argentine prosecutor Albert Nisman, who accused the President of Argentina and the Foreign Minister of this country of a conspiracy in the case of the investigation into the terrorist attack on a Jewish cultural center in 1994.