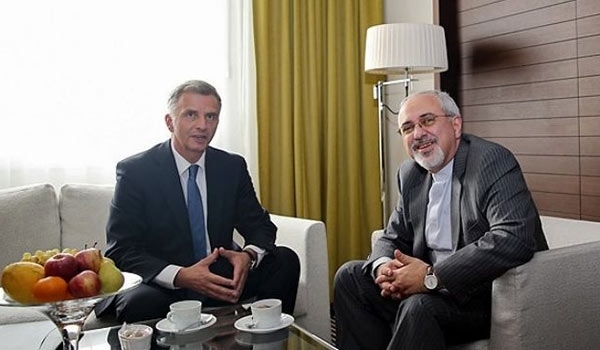 In a meeting on the sideline of the World Economic Forum in Davos, Switzerland on Friday, the two top diplomats vowed to do their best to pave the ground for the further development of mutual cooperation.

In July, Iranian Ambassador to Switzerland Gholam Ali Khoshro and Burkhalter, who is also the President of Switzerland, stressed the need for both Tehran and Bern to utilize each and every capacity and potential to pave the way for the promotion of their bilateral relations in all sectors.

At the meeting in Bern, Khoshro also conveyed a message from President Rouhani to Burkhalter, and voiced Tehran’s enthusiasm for expanding mutual cooperation in all fields.