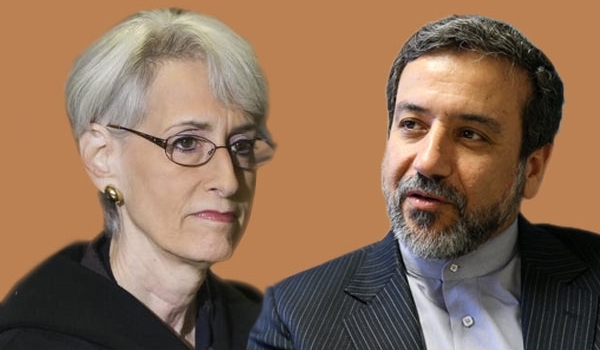 TEHRAN (Tasnim) – Deputy-level talks between Iran and the US entered the second day in the Swiss city of Zurich as part of efforts to secure a final deal on Tehran’s peaceful nuclear program.

Ranking diplomats from Iran and the US –a member of the group of six world powers engaged in nuclear talks with Tehran- convened in the largest Swiss city on Saturday for a third meeting in two days.

The Iranian team is led by Deputy Foreign Minister Abbas Araqchi, while US Undersecretary of State Wendy Sherman heads the American delegation in the 2-day round of negotiations.

The two sides held 5 hours of talks in two separate sessions on Friday in order to bridge the gaps in the course of nuclear talks between Iran and the Group 5+1 (Russia, China, the US, Britain, France and Germany).

The European Union has also dispatched its deputy secretary general for the external action service, Helga Maria Schmid, to Zurich to attend the talks.

European Union Foreign Policy Chief Federica Mogherini is tasked with coordinating diplomacy with Iran on behalf of the six countries.

Elsewhere in Switzerland, Iran’s Foreign Minister Mohammed Javad Zarif and US Secretary of State John Kerry held a bilateral meeting in Davos on Friday evening on the sidelines of the World Economic Forum (WEF).

Zarif told reporters after meeting with Kerry that they talked about the necessity to accelerate the negotiations, which are aimed at reaching a comprehensive deal on Tehran’s peaceful nuclear case.

Technical issues in the course of talks, such as Iran’s uranium enrichment program, were also discussed in the bilateral meeting, Zarif added.

Negotiations between Iran and the Group 5+1 (also known as the P5+1 or E3+3) aim to hammer out a final agreement to end more than a decade of impasse over Tehran’s peaceful nuclear program.