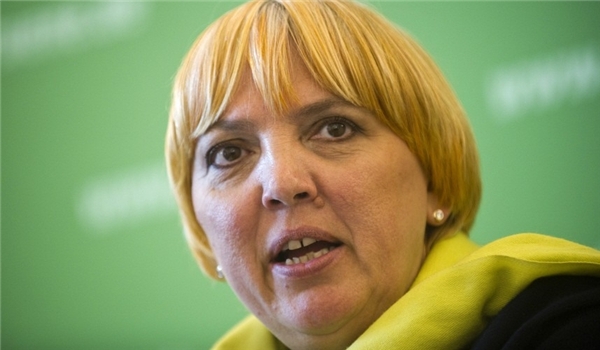 TEHRAN (FNA)- The German Parliament’s Vice-Speaker, Claudia Roth, expressed the hope that the nuclear talks between Tehran and the Group 5+1 (the US, Russia, China, Britain and France plus Germany) would end in agreement, saying that a final deal between the two sides will be highly beneficial to both Germany and Iran.

“I hope that G5+1 nuclear negotiations will end in positive results because it is good for both Germany and Iran,” Roth said in the city of Tabriz, Northwestern Iran, on Saturday.

She reiterated that the negotiations pave the way for the further expansion of bilateral relations, and said, “If the talks do not bear any results, such opportunity will not be repeated in the future.”

“For the same reason the negotiators should do their best to make the talks bear result, because this can expand cooperation and through improving ties, chances will arise for the German economy.”

The two sides decided to continue their talk early in February.