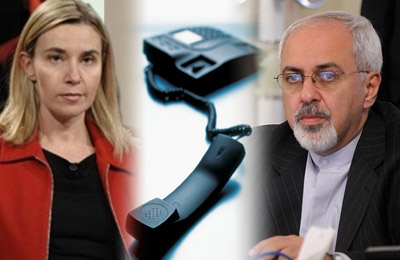 The phone call has been made at the request of EU’s Foreign Policy Chief Federica Mogherini on the issue of Iran’s nuclear negotiations with the 5+1.

Mohammad Javad Zarif is currently in the Swiss city of Davos to attend the 45th session of the World Economic Forum (WEF). Concurrently, Zarif’s deputies Majid Takht Ravanchi and Seyed Abbas Araghchi are in Zurich to start a new round of nuclear talks with the American delegation.

More than 2,500 people from over 100 countries are attending the World Economic Forum in Davos, Switzerland, this week. The 45th annual meeting which kicked off on January 21 lasts for five days and is entitled “The New Global Context”.

The two sides discussed the latest regional developments and countering terrorism and ISIL. The meetings had been held at the request of Mikati and Allawi.

Zarif accompanied by the negotiation team and the group of nuclear expertise will remain in Davos until Sunday, January 25.