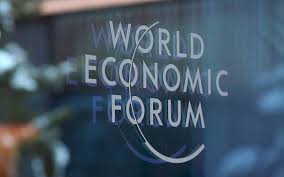 Berlin, Jan 23, IRNA — The annual meeting of the World Economic Forum in the Swiss town of Davos discussed on Friday an initiative by Iran’s President Hassan Rouhani for a World Against Violence and Extremism (WAVE).

The Iranian delegation at the meeting was headed by Foreign Minister Mohammad Javad Zarif and Rouhani’s Chief of Staff Mohammad Nahavandian.

The UN General Assembly adopted in December 2013 the WAVE Act,

calling on all nations around the world to denounce violence and extremism.

Under the resolution, the General Assembly would urge all member states to unite against violent extremism in all its forms and manifestations, as well as sectarian violence.

Stressing the need for greater international efforts to combat terror and extremism, Iran hosted last month a two-day conference, dubbed,The World Against Violence & Extremism, in which diplomats of more than 40 countries took part.