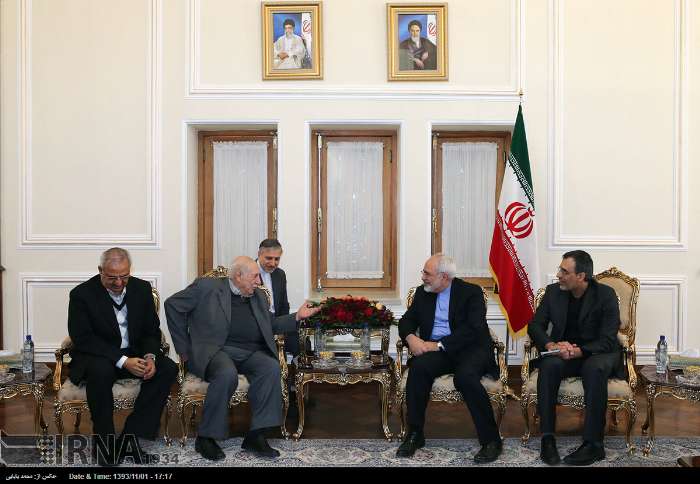 ‘Recent aggression perpetrated by the Israeli occupying regime on Golan was another sign for cooperation and harmony between the Zionist regime and the Takfiri terrorists, which feels humiliated due to the successive victories of the resistance movement combatants,’ Zarif said in a meeting with Secretary General of Palestinian Liberation Front (PLF) Ahmad Jibril.

‘The Supreme Leader of the Islamic Revolution, President and nation stand by the Palestinian nation and their ideals against the occupying regime of the Holy Qods and that is one of the basic rules in Iran’s foreign policy,’ he said.

The Iranian top diplomat referred to the Israeli systematic attempt to Judaize the Holy Qods, the continued siege on Gaza Strip, the war crimes and crimes against humanity perpetrated by the Israeli authorities in Gaza, emphasizing that the international community should pay greater attention to the Palestinian nation’s rights.

The PLF Secretary General appreciated the permanent support of Iran for the Palestinian nation’s resistance to the Israeli occupation, arguing that Iran’s achievements and advancements in various fields is pride inspiring for the Palestinians and the Muslim World.