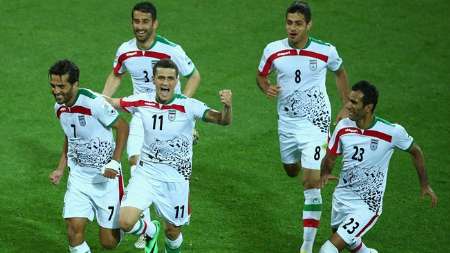 The most creative player in Team Melli, Dejagah’s link between a disciplined midfield and defence to the forwards strong on the counter will be pivotal more than ever in their biggest test yet. Iran do not create many chances so the quality of those supplied by Dejagah will be crucial.

The standout performer of Iran so far and perhaps of the tournament. In Iran’s defensive structure, Teymourian is the key. He tackles hard, reads the game well, shuts down play and lends his hand in attack. He has been attributed two assists so far, which is not bad for a man with a hard-nosed reputation.

The American-born forward is pushing captain Younis Mahmoud for a place in the starting line-up but may have to settle for an early appearance off the bench or a role out wide. A lively forward, he  is difficult to contain, especially when the ball is at his feet.

The Swindon Town midfielder is one of the stars of the Iraq team and, much like his club teammate Massimo Luongo, could be destined for bigger and better things. Keep your eye on him and remember this game because it might not be long before you see him in the higher tiers of English football

Possibly the best-performing centre back this tournament, the young Iranian has become the leader in the back line of one of the strongest defensive nations in Asia. He does not provide too much for the highlight reels, but his influence and performance underlines the success of Team Melli.

Quiroiz has Iran playing like the Italy of Asia. They are compact, they flatter inferior teams but always seem to walk away with a narrow win. It is not a style of play that captures the imagination of the public but it does get results, which is all that counts. Expect more of the same against Iraq.

Iraq are looking good under Shenaishel but are lacking a clinical touch in front of goal. A brave Palestine made the Lions of Mesopotamia work very hard for a win, while Iraq pressed tournament favourites Japan in the group stage.

And a bit of politics

Don’t even go there.