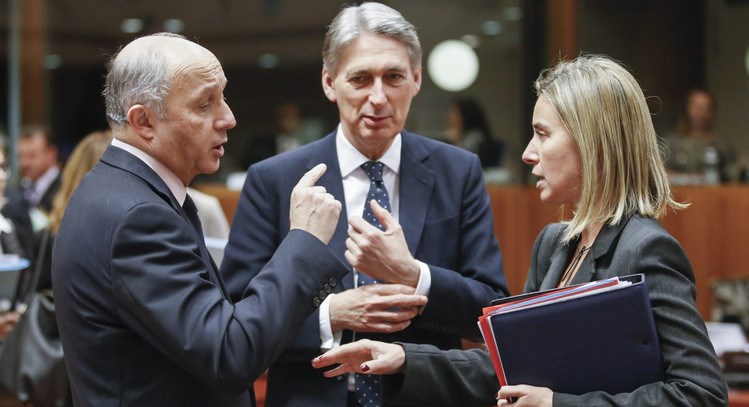 Give diplomacy with Iran a chance

In November 2013, after many months of negotiations, the E3+3 (France, Germany and Britain, together with the United States, Russia and China, a partnership also referred to sometimes as the P5+1) and Iran reached an interim agreement on Iran’s nuclear program. This agreement has had three main benefits.

First, it has stopped the progress of the most sensitive elements of Iran’s nuclear program. Under the Joint Plan of Action agreed to by Iran and the six partners in the talks, which are being coordinated by the European Union, Iran has ceased production of its most highly enriched uranium, limited its production of new centrifuges for enriching uranium and refrained from installing additional centrifuges. Iran has also agreed to cease progress toward bringing on line the nuclear reactor at Arak. As a result, Iran today is further away from obtaining enough fissile material for a nuclear weapon than before the negotiations.

At the same time, the international community has gained improved access to Iran’s nuclear facilities, allowing the world to verify whether Iran is living up to its commitments. Whereas previous inspections only occurred once every few weeks, the International Atomic Energy Agency is now able to conduct daily inspections of the Natanz and Fordow facilities, and the Arak reactor is now subject to monthly inspections.

And last but not least, the interim agreement has given us time and space to try to negotiate a long-term settlement to the Iranian nuclear issue, which is critical for the future of international and regional security.

This progress would have been impossible without the international consensus on the threat posed by Iran’s nuclear program and the unity with which we have acted. Together, the international community built a sanctions regime that brought Iran to the negotiating table.

Today, the IAEA continues to verify that Iran is meeting its commitments. In exchange, we are fulfilling our commitment to provide Iran with limited sanctions relief, even as we continue to enforce our core sanctions regime and keep the pressure on Iran. And, during the past year, the six partners have worked in close consultation with each other and with our close allies to keep negotiating — to see if we can achieve a comprehensive and lasting solution to the threat of a nuclear Iran.

Our objective remains clear. We want a comprehensive solution that both recognizes the Iranian people’s right to access peaceful nuclear energy and allows the international community to verify that Iran cannot obtain a nuclear weapon. Any agreement must provide concrete, verifiable and long-lasting assurances that Iran’s nuclear program is and will remain exclusively peaceful. Nothing less will do. It is now up to Iran to make a strategic choice between open-ended cooperation and further isolation.

To be sure, difficult challenges lie ahead, and critical differences between Iran and the international community must be addressed. That is why weextended the negotiating window until later this year.

In this context, our responsibility is to make sure diplomacy is given the best possible chance to succeed. Maintaining pressure on Iran through our existing sanctions is essential. But introducing new hurdles at this critical stage of the negotiations, including through additional nuclear-related sanctions legislation on Iran, would jeopardize our efforts at a critical juncture. While many Iranians know how much they stand to gain by overcoming isolation and engaging with the world, there are also those in Tehran who oppose any nuclear deal. We should not give them new arguments. New sanctions at this moment might also fracture the international coalition that has made sanctions so effective so far. Rather than strengthening our negotiating position, new sanctions legislation at this point would set us back.

Let us be clear: If Iran violates its commitments or proves unwilling to agree to a comprehensive, verifiable understanding that meets the international community’s bottom line, we will have no choice but to further increase pressure on it. For the first time, however, we may have a real chance to resolve one of the world’s long-standing security threats — and the chance to do it peacefully. We can’t let that chance pass us by or do anything to derail our progress. We have a historic opportunity that might not come again. With the eyes of the world upon us, we must demonstrate our commitment to diplomacy to try to resolve the Iranian nuclear issue within the deadline we have set. That is the surest path to reaching a comprehensive, lasting solution that will make the world and the region safer.