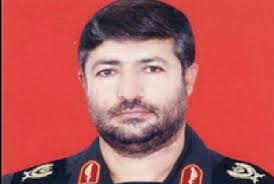 TEHRAN, Iran (AP) — A senior Iranian Revolutionary Guard commander says Israel will be punished for killing one of its generals in an airstrike in Syria that also killed six Lebanese Hezbollah fighters.

Nasser Soltani says “Israel will certainly pay for what it did.” He spoke during a ceremony Wednesday for Brig. Gen. Mohammad Ali Allahdadi, who will be buried in his hometown of Sirjan in southeastern Iran on Thursday.

Soltani is quoted by the state TV as saying Allahdadi was “martyred while performing his advisory mission” in Syria.

Iran and Hezbollah, who are allied with Syrian President Bashar Assad’s forces, blamed Israel for Sunday’s airstrike in the Golan Heights.

Israel, which is believed to be behind a number of airstrikes in Syria in recent years, has neither confirmed nor denied involvement.