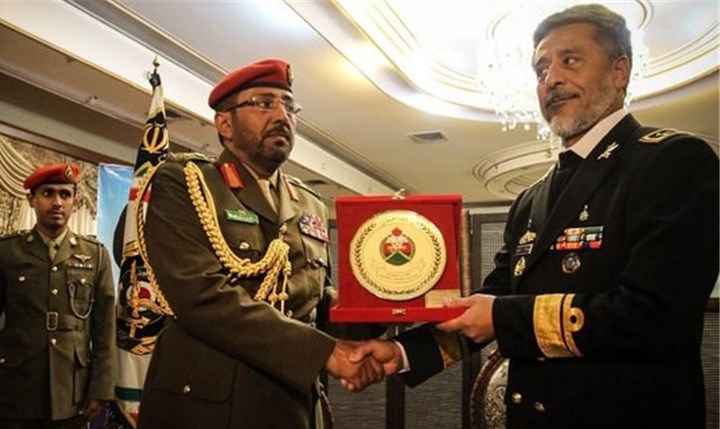 TEHRAN (Tasnim) – Iran’s Navy commander underlined that the country’s warships will continue mission in the international waters, particularly in the Gulf of Aden and northern Indian Ocean, to confront terrorism and piracy.

“Over the past few years, the Iranian Navy has been in the Gulf of Aden and north of the Indian Ocean to fight against terrorism,” Rear Admiral Habibollah Sayyari said in a meeting with the commander of Oman’s National Defense College (NDC), Major General Salim Musallam Qatan on Tuesday.

“This presence will be permanent,” he added.

The visiting Omani commander, for his part, described relations between the two countries’ navies as close, and voiced his country’s determination to continue mutual cooperation with Iran in fight against terrorism, illegal entry, and smuggling.

The pirates use the Gulf of Aden, off the coasts of Somalia, to attack vessels from different countries and hold the people aboard hostage.

Since November 2008, the Iranian Navy has conducted anti-piracy missions in the Gulf of Aden and Bab el-Mandeb strait to protect the country’s cargo ships and oil tankers against pirates.