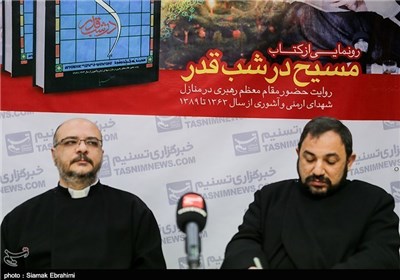 Speaking in a cultural ceremony in Iran’s capital on Monday, Sahak Khosravian, representative of the Archbishop of Armenian church in Tehran, lashed out at the French satirical magazine for its sacrilegious move.

“The Armenian Diocese of Tehran, for its part, condemns such a move. We condemn insults to any dear prophet as a shameful action, and hope that such moves would not occur anywhere in the world,” Khosravian stressed.

Known for its caricatures of the Prophet Muhammad, as well as critical depictions of other religions and French politicians, the magazine regularly stirred controversy.

The Wednesday’s edition of Charlie Hebdo, which sold millions of copies, shows a cartoon of Prophet Muhammad holding a “Je suis Charlie”(“I am Charlie”) sign, a slogan widely used following the January 7 attack on the magazine.