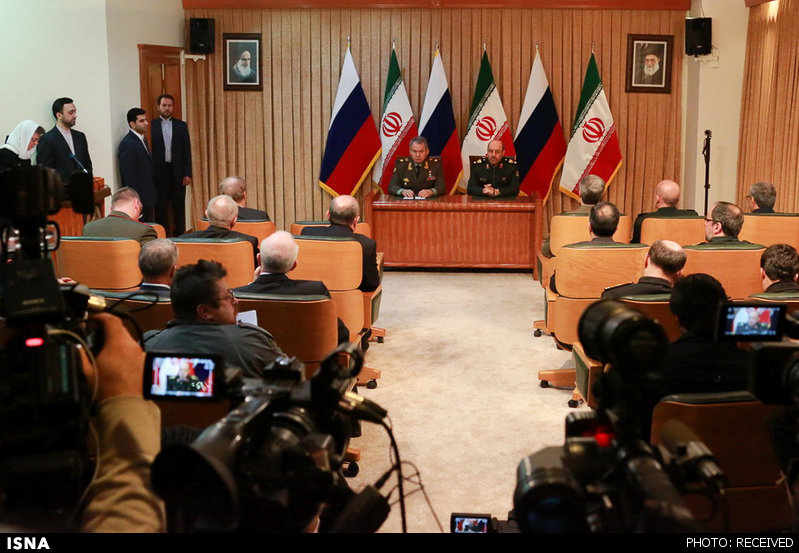 Tehran, Jan 20, IRNA – Russian Defense Minister Sergey Shoygu, currently in Iran, said his country highly appreciates Iran’s struggles against terrorism and illegal drugs trafficking and wants to cooperate with the Islamic Republic in this regard.

Lauding President Rouhani’s policy of boosting relations with Russia, he said development and deepening of defensive and technical relations with Iran is a very important factor in providing regional and international security.

Pointing to the importance of the agreement signed during President Rouhani’s visit to Moscow, Shoygu expressed hope that the agreement would help further development of defensive and, military cooperation between the two nations.

Expressing his admiration for Iran’s key role in establishment of security, he said Iran is an influential country in providing regional security.

Referring to Iran’s constructive approach regarding the nuclear issue, Shoygu said Russia has always supported the policy and will continue the trend.

The Russian defense minister expressed pleasure over visiting Iran and emphasized expansion of multilateral and long-term relations between the two countries.

Given the will of both countries to promote defensive relations, the two sides agreed on resolving the problem of S300 missiles.