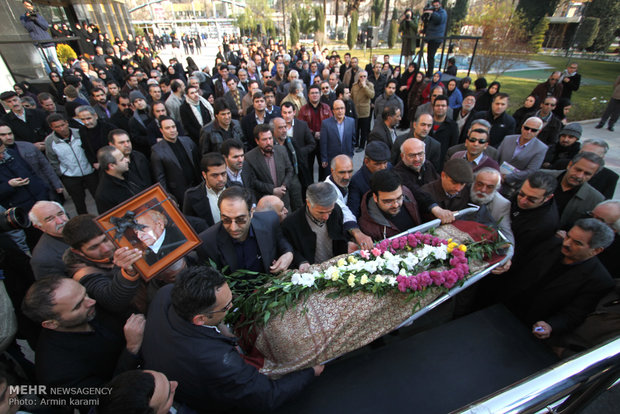 A number of Iranian literary, academic and political figures along with people from different walks of life took part in the funeral procession held in Tehran.

The 89-year-old famous poet passed away in a hospital in Tehran after a heart attack.

Born as Abbas Kaymanesh in the central Iranian city of Kashan, he began writing under the penname Moshfeq Kashani.

“Sound of Sadness”, “Ballade of Life”, “Memoires”, “Wine of Sun”, “Lightening”, “Mirror of Imagination”, “Red Spring of Ballade”, and “The Mystery of Winter” are among his collections of poems and books.

Earlier, Speaker of Iran’s Parliament Ali Larijani, in a message, expressed condolences over the poet’s death. “The demise of such a prominent poet is a great loss. He had a brilliant talent in writing religious and ritual poems,” he said.