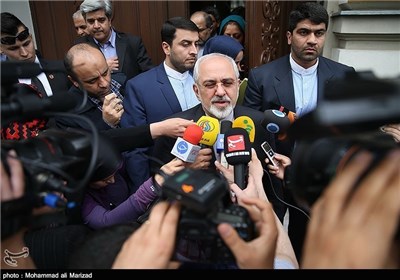 Speaking to reporters upon his arrival at Afghanistan’s capital city of Kabul, Zarif said Iran attaches a great significance to its ties with the neighboring country.

“In a bid to have a serious share in the development of Afghanistan, a very significant opportunity is now before us,” he underscored.

“The Iranian people has stood by the Afghan nation in the hard days of jihad (holy fight againt enemies) and in state-building (process), and will stand by them (in future),” Iran’s top diplomat said, adding that he is very hopeful about the future of relations between the two countries.

The Iranian official also expressed his pleasure with the formation of Afghanistan’s new unity government, and stressed that it is a good opportunity to eradicate extremism and terrorism, the two common challenges between Tehran and Kabul.

He said issues of water, wetlands, immigrants and fight against narcotics are among the areas that have created unbreakable bonds between the two countries.

The Iranian minister is in Afghanistan to discuss the expansion of bilateral ties between Tehran and Kabul. Heading a high-ranking delegation, Zarif is slated to meet with senior Afghan officials including President Mohammad Ashraf Ghani and Chief Executive Officer Abdullah Abdullah.