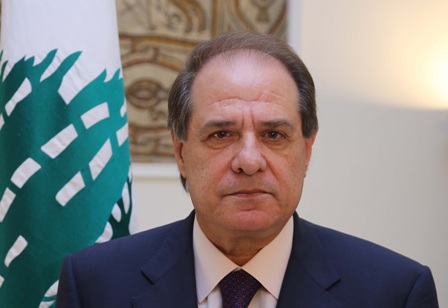 Lebanese official: Israel attack due to its fear of Iran-West deal

Beirut, Jan 20, IRNA – Lebanese Labor Minister Sajan Qezi said the recent Israeli attack against resistance forces stems from its fear of a likely deal between Iran and the West.

Talking to IRNA on Tuesday, he said the most important reason for the Zionist regime to launch a missile attack against a group of resistance forces is that it is scared of reaching a final deal between Western countries and Iran which it considers as a fatal blow to itself.

This is not for the first time that Israel is displaying its aggressive nature in its dealings in the Middle East especially against Hizbullah, Iran and Syria.

He said Hizbullah is being targeted in Syria while it is active in anti-terrorists operations, adding that this proves that terrorists are not enemies of the Zionist regime.

He further expressed concern that Lebanon might be dragged into a new war.

According to reports, a military helicopter gunship operated by the Israeli army fired two missiles into Amal Farms in the strategic city of Quneitra, situated some 60 kilometers (37 miles) south of the Syrian capital, Damascus, on Sunday.

Following the attack, Hizbullah announced that several of its fighters were martyred in the airstrike including Jihad Mughniyeh, the son of Hizbullah’s slain top military commander, Imad Mughniyeh, and a field commander.