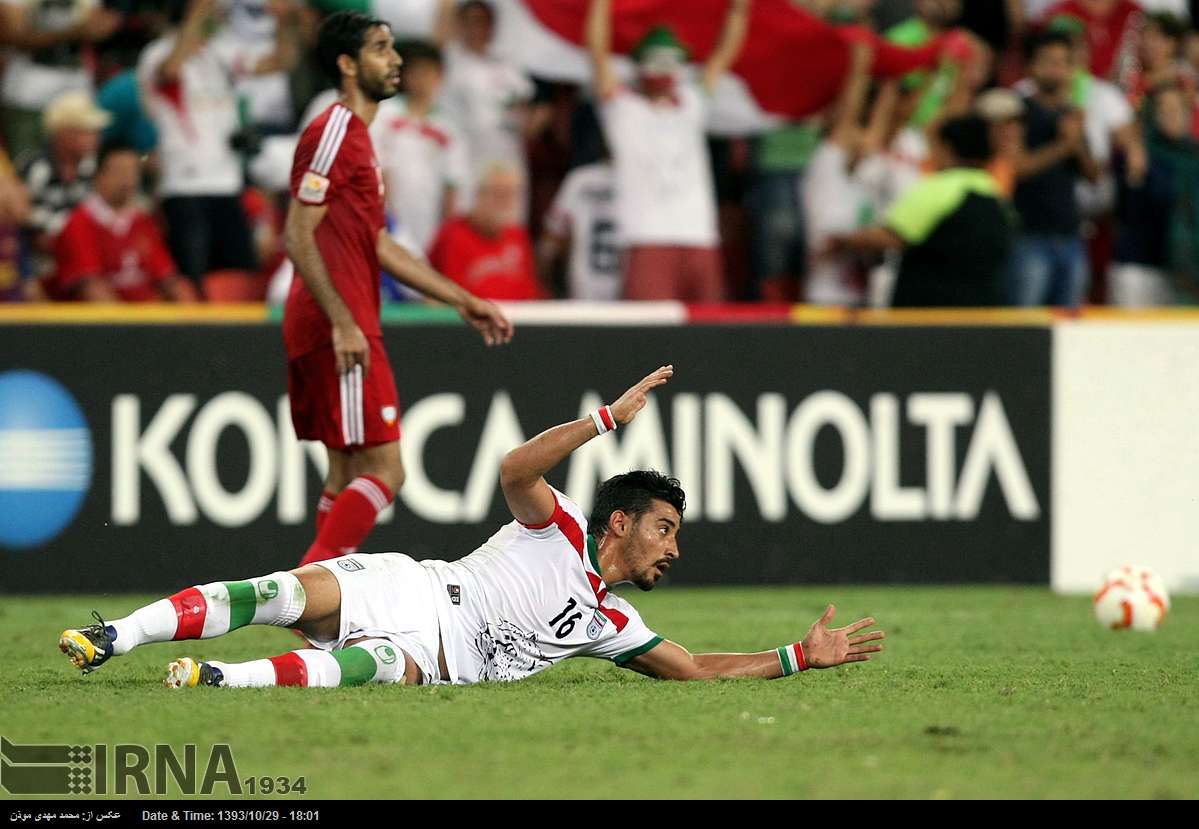 Tehran, Jan 19, IRNA — Reza Ghoochan-Nejad came off the bench 18 minutes from time to give Iran the top spot of the AFC Asian Cup Group C with a last-gasp goal against the United Arab Emirates on Monday.

The striker, nicknamed Gucci, headed home a fortunate half-volley from Iran midfielder Andranik Teimourian in the stoppage time, triggering wild celebrations among players and officials in the dugout, 11,000 boisterous fans at Brisbane Stadium and millions of Iranians gluing to their TVs worldwide.

In spite of booking quarterfinal spots, the two sides played a hard-fought match to avoid a likely encounter with defending champion Japan in Friday’s knockout stage.

The UAE that needed one point to retain the group leadership almost possessed the ball and field. Playmaker Omar Abdulrahman provided the Emiratis with a host of opportunities but the Arab side failed to find the finishing touch.

The game seemed to end in a stalemate and the first draw of the tournament but Gucci – the Charlton Athletic forward joining Al-Kuwait on loan – made no mistake in the dying moments, leaving a bitter taste on the palate of the Emiratis whose minds are now racing for tactics to fight the diehards of Samurai Blue.

‘The spirit is great in our team, (the) chemistry is amazing,’ said Ghoochan-Nejad. ‘Right now everybody is happy but we have to focus on our upcoming games.’

Iran will now face the Group D runner-up, likely to be Iraq or Jordan, in the quarterfinal at Canberra on Friday.

‘Sometimes you play good and you lose, but sometimes also you don’t play good and you win,’ said the UAE coach Mahdi Ali. ‘We have to forget this game. We lost, but we did not lose the qualification, and now we have to concentrate on our game against Japan.”

In the group’s other game, Sayed Ahmed scored a glorious late chip as Bahrain shattered Qatar 2-1 to leave the defeated side ruing a string of missed chances. With both teams already eliminated, the match in Sydney was heading for a draw until Ahmed spotted Qatar keeper Qasem Burhan off his line and embarrassed him in the 82nd minute.

The defeat was a disaster for Qatar, which came to Australia with high hopes but leaves with much to ponder as it builds toward the 2022 FIFA World Cup. (By Kambakhsh Khalaji, Iran Daily)