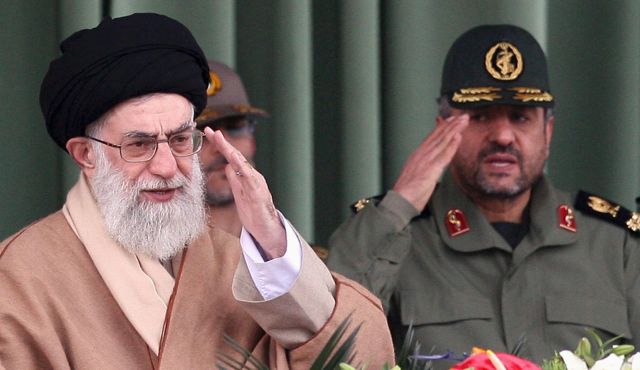 The commander of the Iranian Revolutionary Guards Corp on Tuesday warned that the “Zionist” would have to wait for “devastating thunderbolts” in response that would be unleashed in the wake of the air strike on the Syria-Israel border that killed six Hezbollah militants and six of its own military men, including senior General Mohammed Allahdaddi.

General Ali Jafaari released a special statement warning that the death of Allahdaddi and Hezbollah commander Jihad Mughniyeh were “a new opening point for the collapse of the Zionist regime.”

In an interview with Lebanese media, MP Kamal Rifai said that Israel had used the strike to boost the morale of jihadist fighters battling the Assad regime to send a double message to Iran and Hezbollah.

Israel has not commented on the air strike Sunday in the Quneitra region of Syria near the Golan border, which foreign media has attributed to the Israel Air Force. The United Nations peacekeeping force in the Golan said Monday that its observers had witnessedtwo drones crossing the border from Israel at the time of the strike.

“Hezbollah and its leadership have the smarts, the resources and the capability to respond accordingly, after taking into consideration the political-security situation of Lebanon and the region at large,” he said.