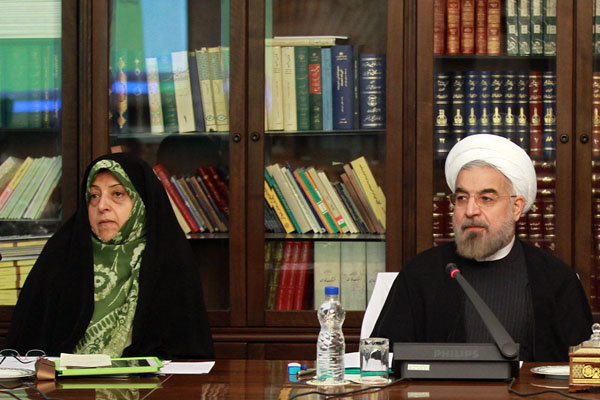 President Rouhani underlined the importance of protecting the environment, adding that four new zones in the country have been approved for protection.

President Hassan Rouhani made the remarks during the second meeting of the Supreme Council of Environment held Monday in Tehran.

Pointing to the importance of environmental issues, President Rouhani highlighted avoiding non-holistic approaches in adopting rules and regulations related to the environment. He called for cooperation from all organizations and ministries in order to protect Iranian natural sources as well as consideration of development and social issues.

A number of plans to prevent air pollution were reviewed during the meeting including setting a new standard in controlling contaminants produced by motor vehicles, fining unlimited and illegal hunting, submission of regulations for national action to deal with dust to the Cabinet for approval and designation of four new protected areas confirmed by members of the council.

Vice-president and the head of Environmental Protection Organization Masoumeh Ebtekar while presenting a report on the environmental status of the country, hailed president’s symbolic action to take subway to work as part of an effort to mark “National Clean Air Day.” She expressed hope that using public transportation be more popular among citizens in Tehran and all over the country.