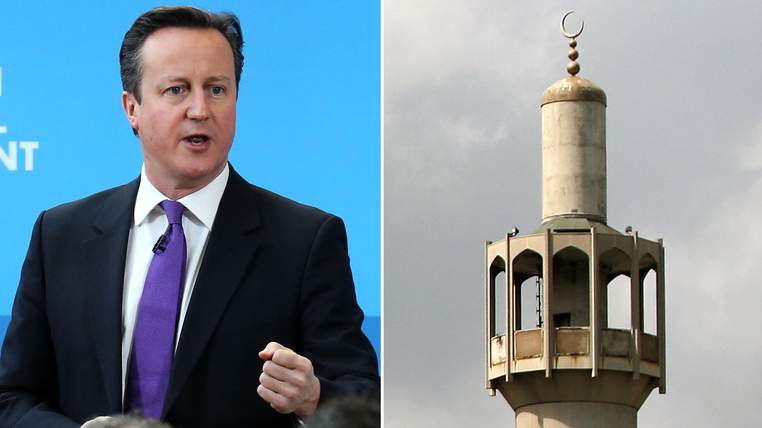 The Prime Minister says that anyone opposing a letter sent to UK mosques after the Paris terror attacks “really has a problem”.

David Cameron has rejected criticism by some Muslims of a letter sent to mosques in England urging them to do more to root out extremists and prevent young people being radicalised.

The Muslim Council of Britain (MCB) said it wanted Communities Secretary Eric Pickles to clarify the request – and asked if, like “members of the far right”, he was suggesting that Islam is inherently apart from British society.

In the letter sent to more than 1,000 Islamic leaders, Mr Pickles and communities minister Lord Ahmad stressed that he was “proud” of the way Muslims in Britain had responded to the Paris terror attacks but added that there was “more work to do”.

There are fears about the spread of terrorism after the attacks in the French capital that left 17 people dead and the arrest of more than two dozen people in anti-terror raids in Belgium, Germany and France.

Mr Cameron has stepped in to defend the letter.

Answering questions after a  speech in Ipswich, the Prime Minister said: “I think it is absolutely right to write this letter, to say that we all have a responsibility to fight extremism.

“Anyone who reads this letter – and I’ve read the letter – will see that what he is saying is that British Muslims make a great contribution to our country, that what is happening in terms of extremist terror has nothing to do with the true religion of Islam. It’s being perverted by a minority who have been radicalised.

“But everyone needs to help with dealing with this problem of radicalisation.

“Anyone, frankly, reading this letter, who has a problem with it, I think really has a problem. I think it is the most reasonable, sensible, moderate letter that Eric could possibly have written.

“Frankly, all of us have a responsibility to try to confront this radicalisation and make sure that we stop young people being drawn into this poisonous fanatical death cult that a very small minority of people have created.”

In the letter, Mr Pickles insisted Whitehall could not combat jihadist ideology alone and Imams must explain to young people what it means to be British.

“You, as faith leaders, are in a unique position in our society. You have a precious opportunity, and an important responsibility: in explaining and demonstrating how faith in Islam can be part of British identity,” he wrote.

“We believe together we have an opportunity to demonstrate the true nature of British Islam today.

“There is a need to lay out more clearly than ever before what being a British Muslim means today: proud of your faith and proud of your country.

“We know that acts of extremism are not representative of Islam; but we need to show what is.”

But the letter immediately drew criticism from some Islamic leaders.

Harun Khan, deputy secretary general of the Muslim Council of Britain, said: “We will be writing to Mr Eric Pickles to ask that he clarifies his request to Muslims to ‘explain and demonstrate how faith in Islam can be part of British identity’.

“Is Mr Pickles seriously suggesting, as do members of the far right, that Muslims and Islam are inherently apart from British society?”

He told Sky News: “This is a positive initiative from the Government, it’s not seeking to target any particular community.

“It’s reaching out across the board, across the country, to say we want to tackle this issue of extremism.”

EU foreign ministers, including Foreign Secretary Philip Hammond, met today in Brussels to discuss the terror threat in Europe. Building an alliance – including with Muslim countries – was high on the agenda.

Mr Hammond said: “The Muslim countries of the world are the ones who have suffered the greatest burden of terrorism and they will continue to be in the frontlines.

“We have to work closely with them to protect both those countries and the EU countries.”