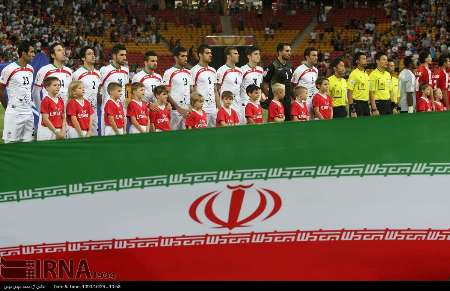 The Australian ambassador made the remarks in a meeting with Minister of Sports and the Youth Mahmoud Godarzi.

Iran and Australia should help improve cultural and sportsmanship relations between the two countries, Godarzi said.

Godarzi said that exchange of coaches and athletes, holding friendly matches and invitation to different tournaments would help bolster relations between the two countries.

He said that the sport diplomacy would help expedite interactions in all fields mainly the cultural sector.

Iran has very good experience in bringing up coaches, training and education of sports programs and in some sports such as wrestling, volleyball and taekwondo, the top three in the world which has created suitable ground for sharing experience, Godarzi said.

The Australian ambassador for his part congratulated the Iranian minister on the brilliant performance of Iran national football team and its advancement to the next stage.

Iranian footballers demonstrated very good performance in the Asian cup 2015 championship and the Iranian nationals residing in Australia fully support them, he said.

They have depicted good image in the minds of Australian people, said the Australian ambassador and they should know that they are very good diplomats.