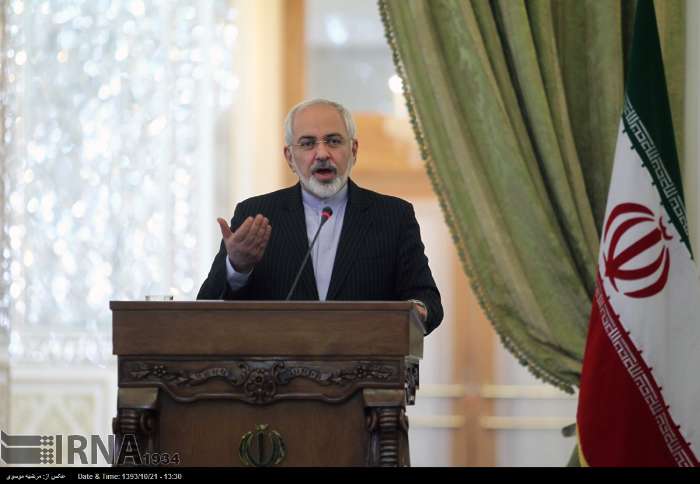 Tehran, Jan 19, IRNA – Iran’s Foreign Minister Mohammad Javad Zarif said a brief meeting with the US Secretary of State John Kerry is likely on the sidelines of World Economic Forum late this week in Davos, Switzerland.

He made the remarks talking to reporters while he was taking a Tehran metro line to work on Monday.

Many Iranian officials used public transportation today to mark the ‘Day of Clean Air’ which the nation observes on January 19 every year.

Asked about his future timetable of talks with Kerry, Zarif said he will meet a number of 5+1 ministers in Davos, Switzerland, late this week where is to attend the World Economic Forum.

He said no exact plans have been made for a meeting with the US official but the chance of the forum could be used to conduct some short talks.

Referring to his tight working schedule in Davos, the foreign minister said his timetable of meetings might coincide with that of Kerry and other foreign ministers of the 5+1.

However, he said, short meetings are quite possible.

After Davos, there is the security meeting in Munich with the 5+1 ministers attending as well which provides another chance for negotiations, Zarif said.

Following his last week meeting with the European Union Foreign Policy Chief Federica Mogherini in Brussels, the foreign minister expressed, he is going to have another meeting with her in Davos, not necessarily to discuss nuclear issues.

He will be discussing topics like situation in Syria and the overall world geopolitical conditions with Mogherini, he added.

He said the Iranian President Hassan Rouhani is not to attend the World Economic Forum meeting this year.