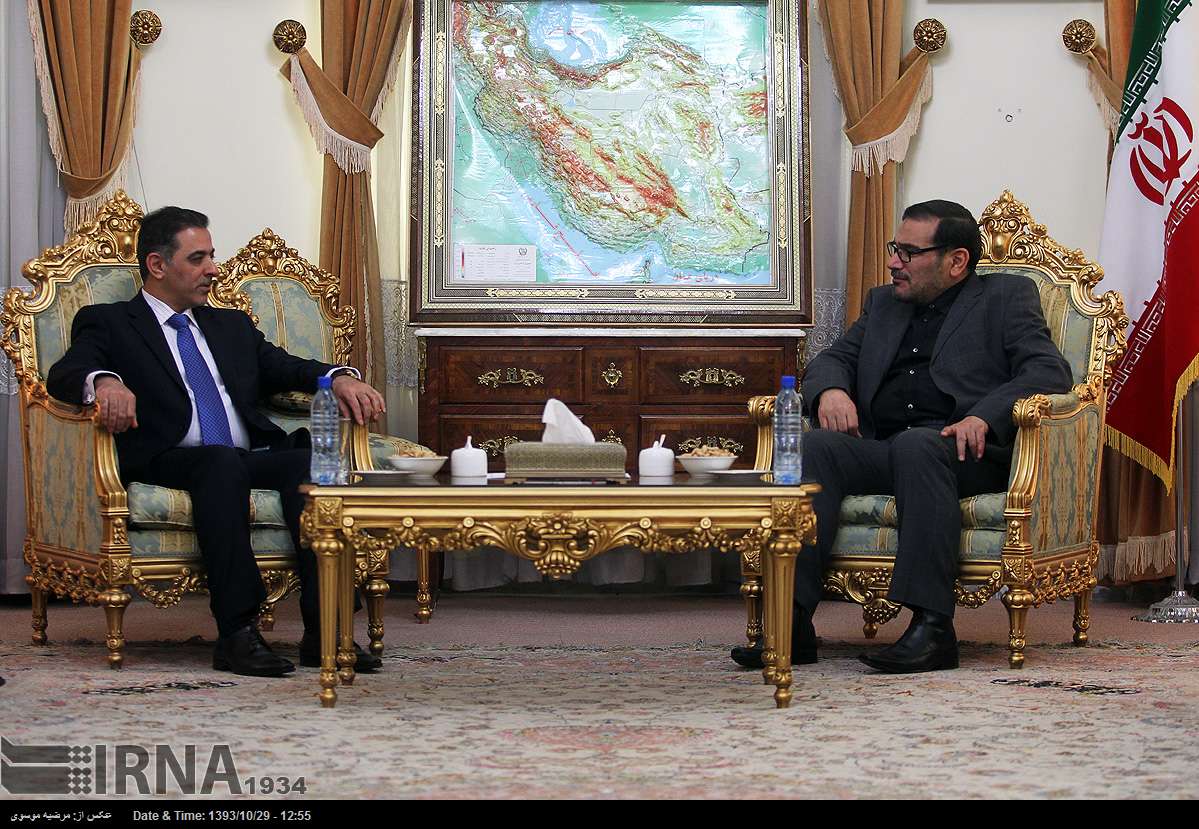 He added that undoubtedly, this move is in continuation of the Zionist regime’s cooperation with Takfiri terrorists.

Shamkhani made the remarks in a meeting with Iraqi Interior Minister Mohammad Salem al-Ghabban here on Monday.

Recent act of the Zionist regime and the US military assistances to the terrorist groups by parachuting military hardware in areas occupied by the Daesh terrorist group clearly show their dishonesty in their so called fight against terrorism, he continued.

Shamkhani congratulated constant victories of the Iraqi army and popular forces over Takfiri terrorists and added that in spite of secret information, and military aid provided by certain regional and extraregional countries to the terrorist groups, Iraq is marching firm towards restoration of security and tranquility to the country.

Development of strategic cooperation between the two countries goes beyond defensive, security and political ones, he said while referring to thre will and efforts of the two governments to promote their economic cooperation. An exhibition introducing economic cooperation opportunities will be held in Baghdad soon with wide participation of Iranian companies, he said.

Al-Ghabban, for his part, explained improving security situation in Iraq and added that by taking new security measures in most provinces of Iraq , especially Baghdad, situations there are improving fast.

Referring to Iran’s capabilities in the different security related sectors, al-Ghabban called for development of bilateral cooperation in the fields of hard ware, soft ware and education.