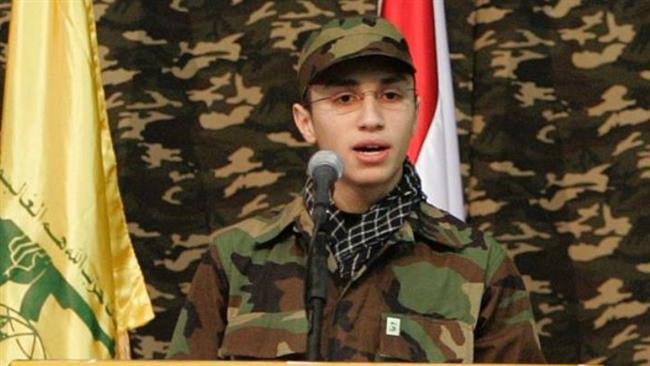 “We condemn all actions of the Zionist regime [of Israel] as well as all acts of terror,” Iranian Foreign Minister Mohammad Javad Zarif told Press TV early on Monday, lashing out at Israel for committing acts of terrorism.

Zarif further censured the acts of terrorism against the people of Lebanon and the resistance movement, saying that “this has been a practice followed for a very long time,” the top Iranian diplomat noted. “The policy of state terrorism in a known policy of the Zionist regime [of Israel],” he added.

Lebanese resistance movement Hezbollah confirmed the death of six fighters in the new Israeli airstrike on the southwestern strategic Syrian city of Quneitra.

In a statement issued on Sunday, Hezbollah said 25-year-old Jihad Mughniyeh, the son of slain Hezbollah top commander Imad Mughniyeh, and five other fighters lost their lives in the fresh Israeli aerial assault against Syria.

The martyrs were reportedly on a field reconnaissance mission in Quneitra when an Israeli military helicopter targeted their vehicle.

On Sunday, an Israeli military helicopter fired two missiles into Amal Farms in the strategic southwestern city of Quneitra, close to line separating the Syrian part of the Golan Heights from the Israeli-occupied sector.

The Israeli military has so far declined comment on the attack.

Press TV reported that the Israeli military has gone on high alert for the fear of a possible Hezbollah response to the regime’s new act of aggression.

Analysts believe the new Israeli assault is yet another attempt by Tel Aviv to change the balance of war in favor of the Takfiri militants fighting against Syria.

The new Israeli aerial raid comes as Syrian soldiers, backed by Hezbollah resistance fighters, have made numerous gains against the militants operating in Quneitra.

The Tel Aviv regime has carried out several airstrikes in Syria since the start of the nearly four-year-old foreign-sponsored militancy there.

Damascus says Tel Aviv and its Western allies are aiding the extremist terror groups operating inside Syria since March 2011.

The Syrian army has repeatedly seized huge quantities of Israeli-made weapons and advanced military equipment from the foreign-backed militants inside the Arab state.