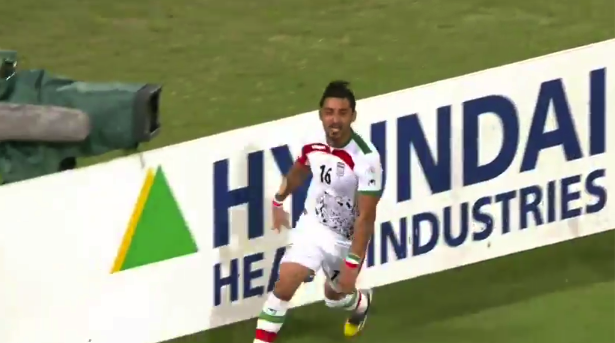 Iran has broken the hearts of a valiant United Arab Emirates side to seal a late 1-0 win in Brisbane and top Group C in the Asian Cup.

Striker Reza Ghoochannejhad prodded the ball home just before the 90th minute to steal top spot from the less-heralded UAE.

A goal-less draw, which looked on before Reza’s goal, would have seen UAE shock Iran in topping Group C on goal difference.