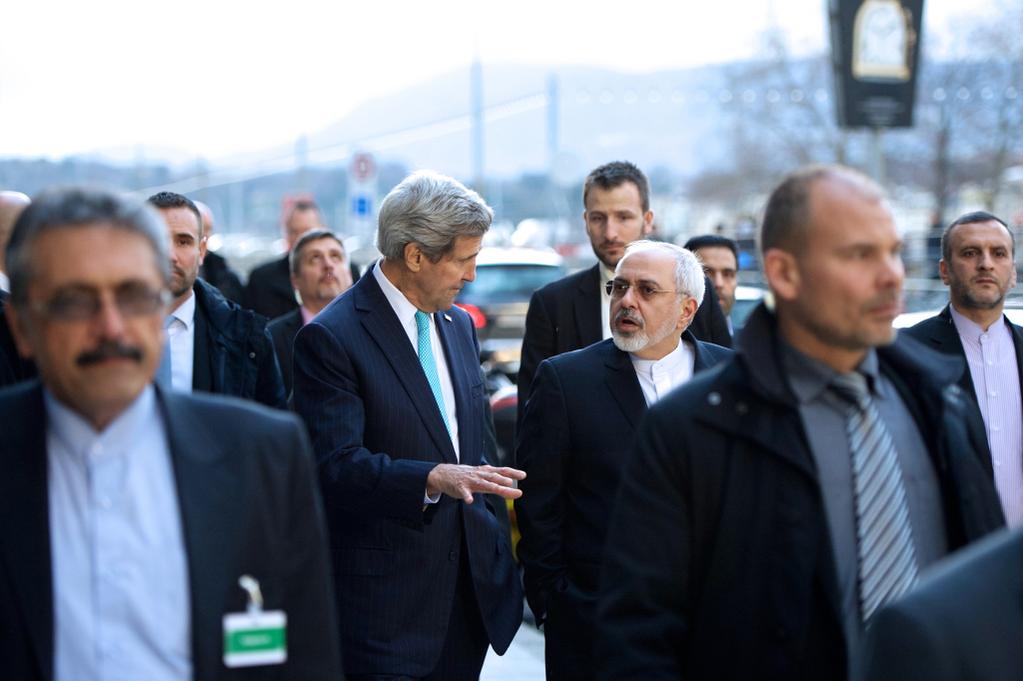 Next round of talks scheduled for next month, as Tehran persists with demand for US to lift sanctions to reach deal.

Negotiators for Iran and six global powers, striving to reach a complex deal on Tehran’s nuclear programme, have had “serious and useful” discussions in Geneva and will meet again next month, the European Union has said.

Senior officials from the United States, Britain, China, France, Germany and Russia met with Iran’s deputy foreign minister Abbas Araghchi for a day of talks as part of “ongoing diplomatic efforts to find a comprehensive solution to the Iranian nuclear issue,” the EU said on Sunday.

“They had serious and useful meetings chaired by EU political director Helga Schmid and decided to meet again in early February,” the statement added.

The negotiations are aimed at hammering out a comprehensive deal which would rein in Tehran’s nuclear programme in exchange for relief from a tight network of sanctions.

Following an interim accord agreed in Geneva in November 2013, two deadlines for a final deal have been missed, and now a third one is looming on July 1.

Araghchi had met with senior US officials for three days prior to Sunday’s meeting and also met with Russian officials in preparation for the thorny talks.

“We remain hopeful, and I think that if the other side has the necessary good will and determination it will be possible to reach a deal,” he told the Fars news agency on Saturday.

He acknowledged though that “problems, chasms and differences also exist.”

Iranian Foreign Minister Mohammad Javad Zarif, meanwhile, warned on Saturday that progress towards a deal would only be reached if the so-called P5+1 global powers “stop with the pressure” on Iran.

Among issues complicating negotiations are hardliners in Washington and Tehran who appear willing to torpedo the efforts.

The new Republican-controlled US Congress is considering a fresh sanctions bill, despite strong opposition from US President Barack Obama, who has threatened to veto any such legislation that lands on his desk.

On Sunday, supporters of Iran sanctions in the Senate unveiled a toned-down bill aimed at gaining enough votes to override a presidential veto.

The long-awaited bill would first reintroduce suspended sanctions if no deal is reached by July 1, before gradually slapping on new sanctions in the following months.

If a sanctions bill does go through, some Iranian lawmakers hinted that they could push to resume unlimited uranium enrichment.

A flurry of diplomatic activity in the lead-up to Sunday’s talks has sought to break the stalemate, with Zarif meeting his German and French counterparts and holding two meetings with US Secretary of State John Kerry in a matter of days.